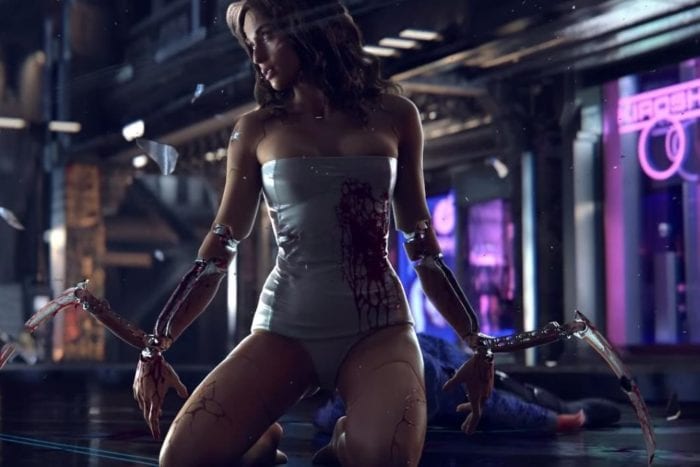 It’s been a couple of weeks since we got to view Cyberpunk 2077 from the meeting halls of E3 2018. Despite a couple of small concerning items, we left the appointment feeling quite good about Cyberpunk 2077. Enough so in fact, that we gave it one of our best of show awards.

The appointment though was hands-off, guided, and private, and was not open to the general public to stop by and check it out themselves. While one can easily assume that this is because the game is still very early in development, CD Projekt Red president and CEO, Adam Kicinski, confirmed thisand provided some additional details and insight about their decision to be as cautious as they were their reveal at E3 2018. Kicinski spoke to Polish website, Bankier and told them that the game is still pre-alpha and added tidbit this about the demo that was shown at E3 2018: “This is the most polished part of the game we have now, prepared in some sense to show it to people outside the company” (originally reported on by Bankier and translated and reported on for English reading audiences by Wccf). The game and that demo, clearly, wasn’t ready for anyone else to see, and they likely wanted to very carefully control who saw it, and keep it guided to minimize variables (like bugs) that are out of their control still.

It’s safe to assume that if this impressive but still a bit wonky “prepared” demo is the most polished part of the game at the moment, then we’re likely a long ways off before Cyberpunk 2077 is released. We know CD Projekt Red’s stance on DLC and loot boxes already. They are not fans of holding back any content to be sold later. Nor are they ones to release a game before it is of a sufficient quality based on what they demonstrated with the excellent Witcher series. Put those two together, and it’s probably going to be a while before the game is going to be considered “done” by the developers. So again, we’re probably years away from Cyberpunk 2077 releasing on PC… and whatever else will be around and popular whenever it does decide to come out.