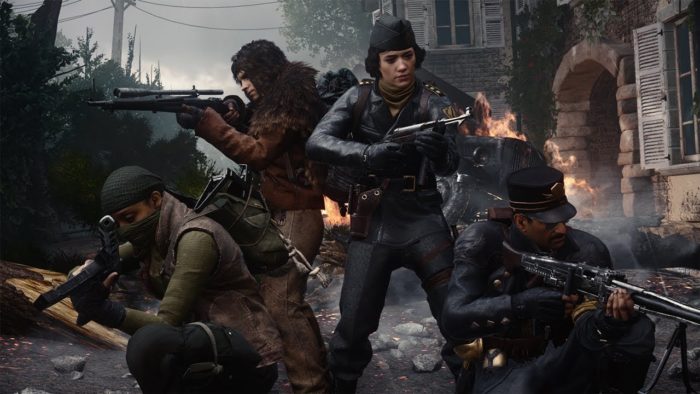 Call of Duty: WWII’s latest DLC trailer focuses on what everyone wants to see this time around: the Nazi Zombies level. “The Tortured Path” finds Allied forces losing their hold after the advance of the Final Reich continues, and General Rideau decides to take the last few pieces of Emperor Barbarossa’s sword to the edge of the world. With the sword, when it becomes whole again, it should be able to deliver a swift end to the Undying.

The United Front DLC pack launches this week, tomorrow on June 26, and it comes to PlayStation 4 first. If you’re interested in trying it out, know that it of course features a lot more than just a cavalcade of Nazi Zombies to take out. It also brings a wealth of new maps and other goodies for fans to tear through while waiting around for later this year, as Call of Duty: Black Ops 4 is set to debut.

Otherwise, get ready to start ripping through Call of Duty: WWII with its cavalcade of new content, and send those Nazi zombies back to hell, where they belong. Then invite your friends to come along, because those modes are always the most fun with other people around, natch.