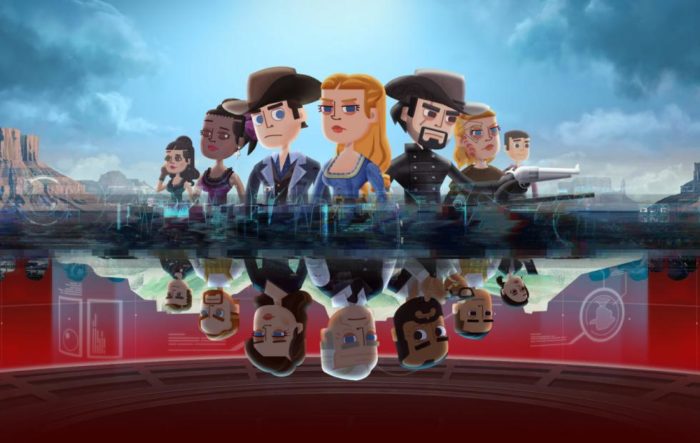 Not only a day after the Westworld mobile game hit online marketplaces, Bethesda has launched a lawsuit against publisher Warner Bros. and Fallout Shelter co-developer Behaviour Interactive, citing that the game is a “blatant rip-off” of Fallout Shelter. The lawsuit claims that Westworld allegedly has similar artwork, animations, features, and other elements of gameplay as Bethesda’s massively popular mobile game.

The suit, which you can read in full here (via Polygon) states that Behaviour Interactive used “the same copyrighted computer code created for Fallout Shelter in Westworld,” as well as “copied Fallout Shelter’s features and then made cosmetic modifications for Westworld’s ‘western’ theme.” The accusations aren’t light by any stretch of the imagination, especially as you can see the similarities at a glance between the two games.

Further, Bethesda accused Behaviour of “breaching its contract” with Bethesda by using its “restricted access to Bethesda’s intellectual property.” According to the lawsuit, the company used “Bethesda’s copyrighted code, trade secrets, and other rights, to compress its development timeline, reduce costs, and quickly bring the Westworld mobile game to market, and offer players the widely popular gameplay experience found in Fallout Shelter.”

Bethesda is seeking damages and a trial by jury to clear up this issue, as it sues for breach of contract, misappropriating trade secrets, and copyright infringement. There’s no current statement available via Behaviour Interactive at this time, but if one happens to be released, we’ll make sure to keep you updated.