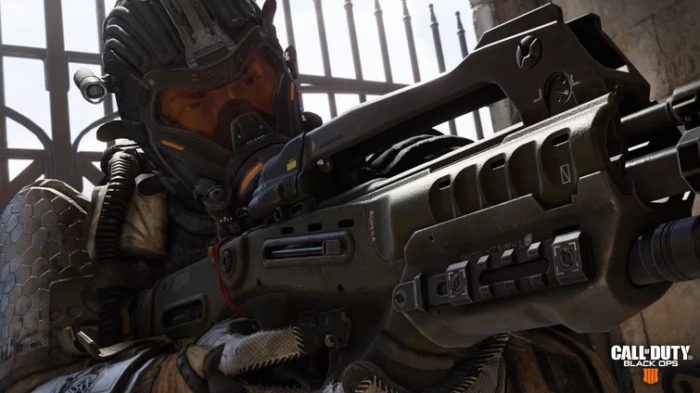 Call of Duty: Black Ops 4 was officially revealed to the world yesterday, but rumors earlier in the week indicated that we might be seeing the game make its way to the Nintendo Switch. Unfortunately, it looks like there are currently no plans to bring any aspect of Black Ops 4 to Nintendo’s new handheld hybrid.

Twinfinite recently sat down with Yale Miller, senior producer at Treyarch, and Matt Scronce, gameplay designer at Treyarch, for a roundtable interview. We ended the interview by asking “Are there any plans to bring any aspect of Black Ops 4 to Nintendo Switch?”

Miller’s response to this was quick and brief, with him simply saying without hesitation “No there is not.” It’s clear that the team at Treyarch is focusing on delivering a big new experience on the usual systems, and porting the game to Switch would be at least a small undertaking whether it was by Treyarch or another company. For now at least, Call of Duty fans will need to get their fix outside of the Switch.

Call of Duty: Black Ops 4 is set to release on Oct. 12 for PlayStation 4, Xbox One, and PC. For the first time, the PC version of the game will be released via Battle.net, giving players access to the platform’s suite of options. You can also take a look at our hands-on impressions of Black Ops 4’s multiplayer.

Would you like to see Call of Duty come to the Switch at some point? Leave a comment below and let us know.