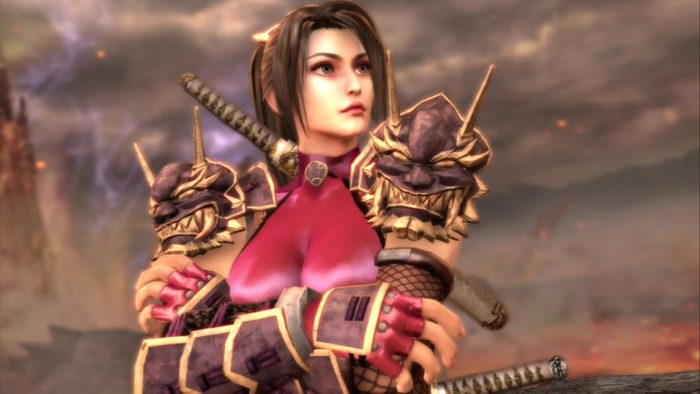 Soulcalibur VI has been racking up a set of iconic characters from the franchise that we’re stoked to see rejoining the roster. Now there’s another awesome combatant that deserves her rightful spot in the upcoming fighter. It’s Taki, and she’s finally returning to the franchise, with an announcement from Bandai Namco that confirms her reappearance.

Taki uses her dual blades to deal out devastating attacks, and she’s a powerful ninja who shouldn’t be crossed. She’s loyal, determined, and carries a deep sense of duty, as Bandai Namco reminds us, to any mission she’s assigned. So if you choose to main Taki, know that you’re looking forward to a furiously talented opponent who remains focused no matter the situation.

She’s sporting an elegant look as she displays some of her awesome talents in the new trailer, and we’re ready to take her out for a spin.  You can see Taki in action in her official reveal trailer below, but that’s not all the news as far as Soulcalibur VI is concerned. Bandai Namco has announced along with this latest confirmation that it will be making additional announcements as far as Soulcalibur is concerned in the coming weeks.

Soulcalibur VI is coming to PlayStation 4, Xbox One, and PC on Steam in 2018, so you’d better start practicing your moves with Taki f you’re thinking of picking her back up again.