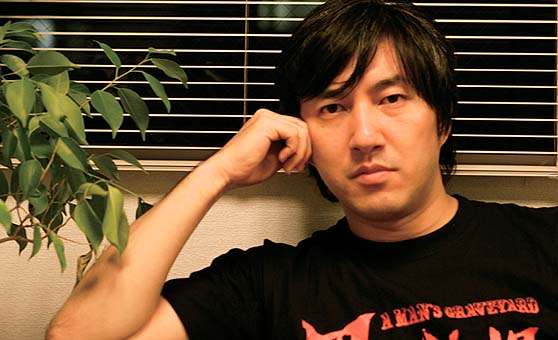 Goichi Suda, also known as Suda51, will be hosting a panel at Momocon 2018 titled “Suda51 and Grasshopper Manufacture’s 20th Anniversary Spectacular.” MomoCon takes place in Atlanta, and the specific panel will be at 7:00pm ET on May 26. To coincide with the anniversary celebration, Suda has a “special announcement that he’ll make during the panel. He’ll also be joined by special guests from NIS America.

In terms of what the announcement is, well, it could really be anything. Grasshopper Manufacture is currently working on Travis Strikes Again: No More Heroes for Nintendo Switch, so it could be related to that or the No More Heroes series in general. PS4 versions were also recently released by NIS of The Silver Case, and The 25th Ward: The Silver Case. Considering Suda51’s extensive list of work, we’ll just have to wait and see what the announcement is.

The panel itself will cover Grasshopper Manufacture and Suda51’s 20 years in game development. Suda51 said in a press release “We are honored to have been invited here to MomoCon for such an auspicious year. On May 26, from 7:00 p.m., I will be holding a panel on the theme of ‘20 years of game development.’ I’m really looking forward to seeing everyone in Atlanta at the event, as well as to my first time in Atlanta.”

What kind of announcement do you hope to see from Suda51 at MomoCon? Let us know down in the comments below.