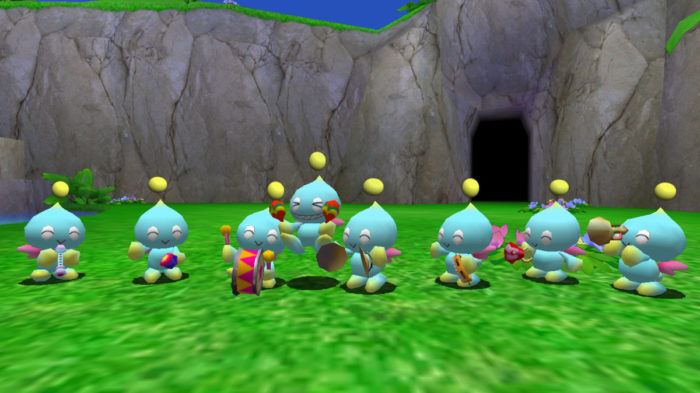 There’s never a dull moment on Sonic the Hedgehog’s social media. The irreverent, self-aware king of the memelords has been a source of enjoyment and hilarity for years, though sometimes it can be tricky to pinpoint the truth between the gags.

Captained by mastermind Aaron Webber behind the scenes, nothing is ever accidental, and every now and then, you begin to pick up on hints cleverly being dropped along the way. This time, it seems as though some seeds are being sown… could a Chao Garden be sprouting from the soil?

In a Twitter poll at the beginning of the month, they asked fans what their favorite feature was from past games. Time Attack Mode, Customizable Characters and 2P Competition Mode were three of the candidates, but the fourth – the long lost Chao Garden – won in a landslide, commanding 61% of the 80,614 votes.

Shortly following that lopsided victory, the account shared some cute Chao concept sketches from the development of Sonic Adventure. The timing of this is most certainly no coincidence, but the message is a little foggy. At the very least, they likely know that they are teasing us with these allusions, whether or not there is any substance behind it all.

The biggest project on the near horizon for the blue blur is Sonic Mania Plus on 17 July, an expanded version of last year’s retro hit, and not particularly a place the Chao logically slot into. But E3 falls before then, from 13-15 June, and Sega may have more than a few tricks up its sleeve.

Could a new modern Sonic title be in the pipeline, complete with a Chao Garden? Or a Chao mobile effort? Maybe Big’s Big Fishing Adventure wasn’t a joke, after all? Whatever it may be, and even if it turns out to be nothing but smoke and mirrors, playing the waiting game is half the fun.

Just as long as Omochao stays gone and forgotten.