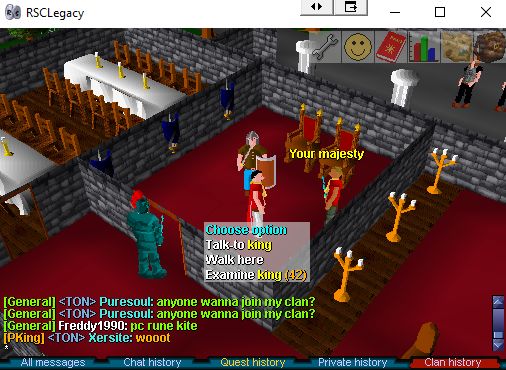 RuneScape Classic, the original release of the long-running fantasy MMORPG, will be shutting down its servers after 17 years of service.

In a statement made on the game’s official blog by developer Jagex, it was explained that due to advancements in technology since the game first launched in 2001, their set of tools used to tend to the game’s community and stability have become increasingly incompatible with Classic, and they are finding it more and more difficult to manage the community and address new game-breaking bugs. The team felt that rather than simply allowing the game to grow more and more imbalanced until it falls apart, that they simply wind down the service altogether while things are still positive.

In their official statement, the Old School Team had this to say:

‘It has been amazing to see such dedication amongst those of you who have kept playing RuneScape Classic over the last few years, some of you have even managed to reach max total! However, it’s not all fun and games… We’ve not fully supported RuneScape Classic for years, so why are we suddenly seeing it as a problem now? The truth is that bots and lack of community safety tools are serious problems, however, we also feel that we can no longer offer long term service reliability due to the growing risk of unrecoverable game breaking bugs… As such, rather than have the game break indefinitely without any warning, we wanted to give everyone the opportunity to have their last goodbyes… Thank you for your support over the years.’

RuneScape Classic is the original state in which the game was released, and operates on separate servers to the modern day RuneScape, which is continuously updated today, allowing players the choice between the more refined modern edition, or the simpler, nostalgic experience of the original. RuneScape Classic in its prime was a massively popular MMORPG, thriving in the early days of MMOs alongside contemporaries like Habbo and Adventure Quest, several years before the launch and subsequent massive success of World of Warcraft and the major influences it would have on the MMO market.

The servers for RuneScape Classic will be shutting down for good at 8am BST on Aug. 6, 2018. Players will still be able to login and play normally until that time.