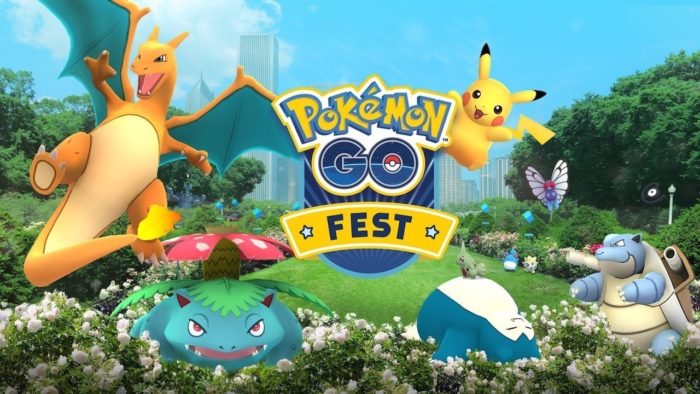 Pokemon Go Fest will return to Chicago this year even though there was a bit of a fiasco last year. Players faced connectivity issues, intense lag, and crashes, which led to refunds for all attendees. Niantic’s CEO John Hanke spoke with IGN about Pokemon Go’s real-life events and how they will give fans a better experience. 2018’s Pokemon Go Fest: A Walk in the Park will take place on July 14th to the 15th at Chicago’s Lincoln Park on a 1.8-mile course.

Hanke was at the Pokemon Go event as the issues unfolded. He said, “As the person who stood up on stage and directly faced the consequences of having the technical challenges, nobody felt it more strongly than I did. Particularly with all of you in the press there to witness that with us, and all of my board members, all of our partners…It was one of the most challenging days of my professional career.”

Although Pokemon Go Fest did not go as smoothly as it could have, Hanke wants to redeem Niantic for what had happened. Last year, the event took place in Grant Park which was cluttered with the 30,000 attendees. However, this year’s 1.8-mile walking course in Lincoln Park will remove cellular issues.

“That was a learning directly from Yokohama last year,” Hanke claimed, “A large portion of that event was a walking course that was set up along the waterfront in Yokohama, and it worked really well. It was super fun. People were moving and not standing still, which is actually more in line with our mission. At an event where people are kind of all clumped together in a group, there’s less room to move around.”

Shortly after the Pokemon Go Fest, Niantic set up a Pikachu Outbreak event in Yokohama, Japan which attracted two million players over the span of five days. They had spoken to the cellular network partners in that area to explain their requirements. In the United States, the carriers thought of the Pokemon Go event as a music festival rather than a heavily mobile based event.

By not crowding players in one place, the game did not crash in Yokohama as it did in Chicago. This also meant the players were interacting with various PokeStops and Gyms instead of having a mass amount of players rush to few places.

In Chicago as their last resort, Niantic spread the event throughout the city with Pokemon spawns related to the event. This same tactic will be used in this year’s event so players can enjoy what the city has to offer while still being a part of the event. Hanke claims that Niantic will “closely monitor what’s happening in Lincoln Park itself and then to dial up the attractiveness of other areas if for some reason there’s a problem there”.

Hanke explained that they will not solely rely on the area, but make the actual location of the event quite spectacular. He said, “There are going to be themed areas for the different Pokemon types, so we think we’re going to create a really fun, interesting environment for people to move through, and to really experience the full breadth of that park,” he added, “It’s kind of a long, narrow park, which we’re taking advantage of, so I’m excited about what that on-the-ground experience is going to be there. But we do think that as people have moved through that, then there will be an intention for people to dissipate at the end and go off and explore other parts of Chicago.”

Niantic has already begun working with network providers to make sure the event can run properly throughout the route for the Pokemon Go Fest. The park will be spread with mobile hotspots for all major carriers to have reliable and efficient connectivity.