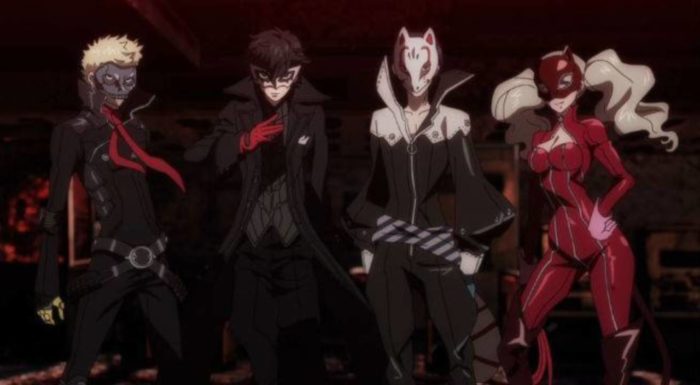 Persona 5 The Animation should be so much better than it actually is.

Following the release of the tie-in special “The Day Breakers” in 2016, fans of the Persona series were excited not only for the release of the fifth entry in the series, but for a potential full length anime covering its events. With the way Persona 5 bled style and flair, it felt tailor made for an anime. This continued into the series’ premiere, which offered a stylish and well paced first episode

Fast forward to the end of the first arc though, and what’s actually been offered in the Persona 5 anime is a straight-forward, bland rehash of what came before. The opening is flat and static, offering cheap copies of most, if not all of the visual trademarks and effects the game was known for. Key moments like Shiho Suzui’s attempted suicide are glossed over in the blink of an eye, and the battles come off as glorified Pokémon battles with Personas firing colored beams at one another until one falls over.

To be fair, this was expected to a certain degree. After all, the show would be adapting a hundred-hour game into a seven or eight hour long series, and certain elements would have to be trimmed down to allow for the story to still come across well enough for newcomers and series fans alike.

And yet, this is the same reason some of these early short comings are so frustrating. Where moments that would have been integral to the story are glossed over, such as the introduction of key side characters like Dr. Takemi and their relation to the main cast, other elements such as what would have been game mechanics are delved into in detail well past being relevant to the viewer and the show in general. For example, a large chunk of time is given to the ideas of collecting and persuading personas to aid the party’s cause, and how this would be useful to the party later on. By the end of the arc though, an entirely new persona never shown to be collected saves the party, raising the question of why it couldn’t have just shown up without the prior explanation, and left time for more important scenes and characters to be explored.

Likewise, the small visual effects present in every aspect of the game aren’t utilized well, if at all, in the anime. Fun moments like the all out attack montages and the finishing blow taunts by characters come off as quick recreations, missing any motion or style that fans were craving from an animated adaptation.

The end result is an anime that feels half-baked, coasting on the laurels of the game with a cheap reintroduction to elements fans are already aware of, and that newcomers won’t find interesting. Even with several episodes left to air before its conclusion, it’s now in the tricky situation of digging itself out of a hole to attain the type of attention and admiration it could’ve received with more effort.

Luckily, there is still hope that the Persona 5 anime can turn things around. The ending does offer the same sense of enthralling visuals fans of the game know and love, and the soundtrack is as outstanding as any Persona properties before it. Likewise, the show is now past its introduction phase and looks to be ready to hone in on the story and characters more thoroughly, both of which were major reasons to enjoy the original game in the first place. So long as it is able to utilize these strengths and not get caught up in its weaknesses again, the show could very well end up being on par with past Persona anime and even a great series in general.

Persona 5 The Animation has made mistakes, that much is certain. Moving forward though, it still has a chance to take its fate into its own hands and become something far better than what we’ve seen.

For more on this season’s anime offerings, check out our piece on why My Hero Academia is one of the anime you should be watching this season as well as our list of anime to watch if you like Bungo Stray Dogs and its recent film adaptation.