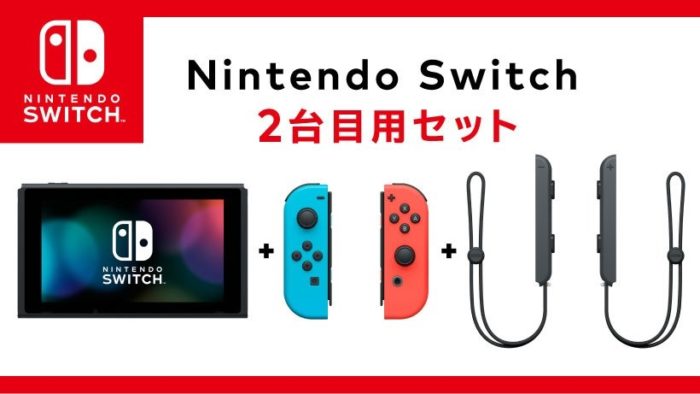 Buying another Nintendo Switch is a little bit frustrating, especially when you only really need an additional console sans the dock for a household that already has everything else it needs. That’s why the fact that the Japanese “Second Nintendo Switch Set” was such a great idea. It let fans get an additional Switch going in their home without having to buy the entire kit and kaboodle at a lower price.

The Second Nintendo Switch Set comes with a Switch sans the dock, charging cable, and HDMI cable at a lower price than the main set. You could simply share the same cables with the first Switch in the home, and everything would be hunky-dory. Nintendo had yet to clarify whether or not it would be coming to western players when the set was announced, though now it seems that Nintendo has clarified to USgamer that it won’t, in fact, be making it over.

According to Nintendo, the company currently has “no plans to release this configuration in the Americas” It’s certainly a disappointing turn of events, especially since it would make a lot of sense to be able to purchase a second console in this manner. But perhaps we’ll end up getting something better or more viable in the future instead — or something similar. Who knows?