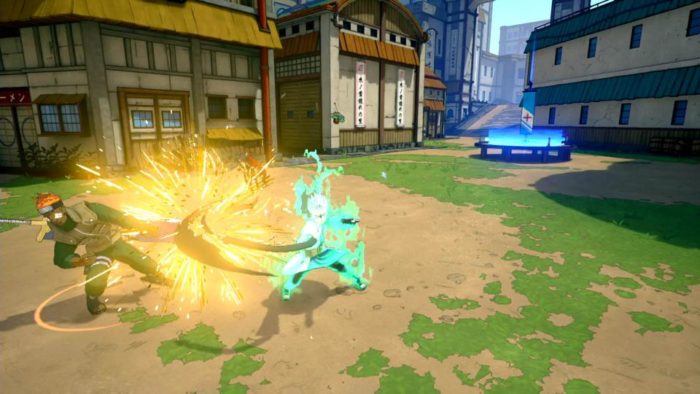 Bandai Namco has announced that the 4 vs. 4 multiplayer online brawler, Naruto to Boruto: Shinobi Striker, is coming to the West on Aug. 31.

This Naruto-based game, which will require a constant internet connection to play, will see players not only facing off against each other using characters from the show, but they’ll also be able to do so using an avatar that they’ve customized themselves. With this announcement, Bandai Namco also dropped a new trailer highlighting avatar creation and two new game modes.

Those new modes are Flag Battles and Barrier Battles. In Flag Battles, players will have to prove that they are stealthy enough to be a shinobi by capturing the enemy flag. While doing so, they’ll also have to defend their own. The team with the most flag captures when the clock expires wins the game. In Barrier Battles, players will be tasked with proving their “strategic mettle” by fighting for control of three separate “barrier areas.” Each of the levels featured in this mode will have unique terrain that players can use to their advantage. The team that controls the most at the end of the match wins.

In addition to the new game modes, two new characters are joining the fight: Gaara, the Fifth Kazekage and Deidara, the Artist of the Akatsuki. In Naruto to Boruto: Shinobi Striker, Gaara will serve as a defensive character who uses his Grand Sand Mausoleum attack to stop opponents in their tracks. Deidara, on the other hand, is a ranged-type character that uses his Explosive Style ninjutsu to turn his clay bones into ticking time bombs.

For those not interested in these characters, the game will also feature a cast of characters from the Naruto universe. If that isn’t enough, you can customize your own character utilizing different costumes, weapons, accessories and more.