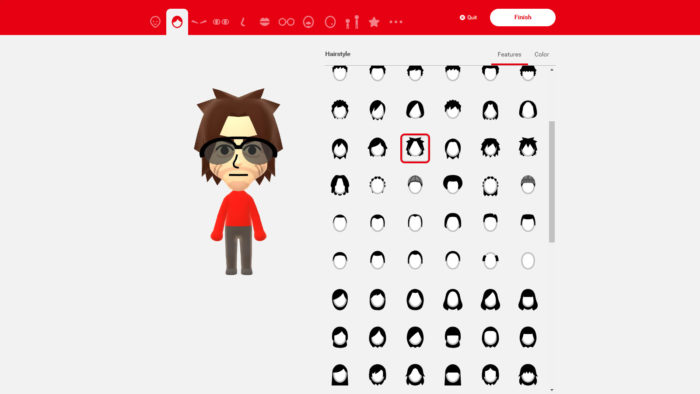 Mii Studio officially launched today providing all Nintendo account owners with the opportunity to jump back into the Mii-avatar creator in the comfort of their own web browsers. This comes after the much-hyped Miimoto service was discontinued earlier this month just a little over two years after its launch.

Miimoto was a social networking app for iOS and Android users that was released along with the My Nintendo service (the successor of Club Nintendo) in 2016, and the first smartphone app released by the company. As a conversational app, it allowed account holders, among other things, to communicate with each other via the app and also featured Facebook and Twitter integration.

While Mii Studio doesn’t resurrect any of the other Miimoto features, the new web-based Mii-creator offers all the usual customization options as seen in the now-defunct social networking app, allowing you to use your creation as an avatar for your Nintendo account. In comparison to its predecessor, Mii Studio doesn’t offer anything new or exciting, just a run-of-the-mill Mii character creator similar to the one found on the Nintendo Switch or 3DS.

For those who don’t know, Miis are customizable cartoon avatars that came into existence with the launch of the Nintendo Wii in 2006. Remember those big-headed characters that bopped around your screen in titles such as Wii Sports or Miitopia? Yup, those are the Miis.

If you don’t have a Nintendo account but still have a fondness for quirky character creation, you can easily create an account within seconds and jump straight in. No other prerequisites need to be fulfilled. You can start creating your Mii right here, just remember to log into your Nintendo account otherwise you’ll only be treated to an “error occurred” notification.