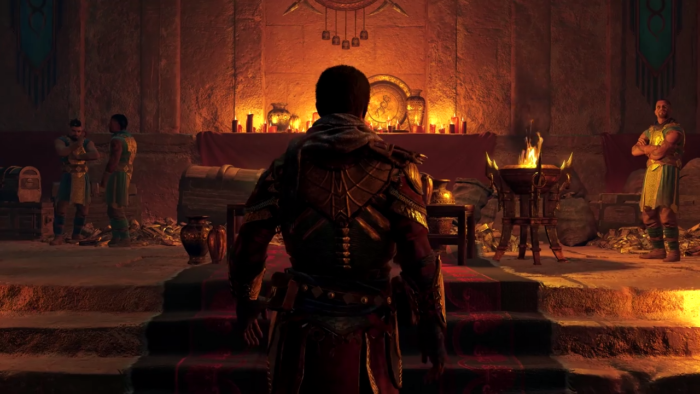 Middle-earth: Shadow of War – Desolation of Mordor, the latest DLC expansion, is here now, and you can check out its explosive launch trailer before jumping into the story today.

You’ll play as Captain of Minis Ithil – Baranor – as you take a journey to the Eastern desert of Lithlad, with a huge army of mercenaries at your side along the way. Together with his lost brother Serka, the pair will have to work with an army of humans to take on Orcs who have risen up in the east. On their journey they’ll travel to the desert region of Lithlad to fight off the Marauder fortress all the way from Shindrâm.

You can pick up the Full Expansion Pass that’ll grant you access to Desolation of Mordor today, and it will also let you into the previous story release Blade of Galadriel, which is available now. You’ll also get the Slaughter Tribe Nemesis Expansion, and Outlaw Tribe Nemesis Expansion which are available now as well, all for $39.99. If you missed out on the main game when it first arrived, it’s worth picking up, especially to check out the cheeky Nemesis System and everything it has to offer, which is chock-full of hilarity and other weird moments that just aren’t in most games.

If you don’t have Middle-earth: Shadow of War, you can pick up the game for Xbox One and Windows 10 PC as well as PlayStation 4 and PlayStation 4 Pro.