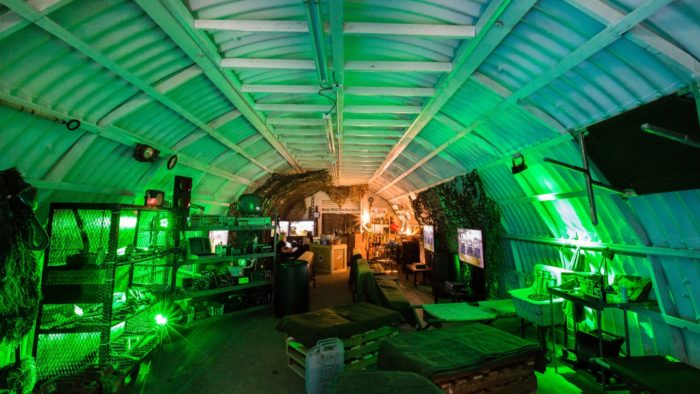 Ahead of the upcoming release of State of Decay 2 on Xbox One and PC, Microsoft is using a 4,000 square foot World War II era bunker near downtown Los Angeles to promote the game.

Calling it “The world’s first gaming bunker,” Microsoft is outfitting the area behind the 25-ton blast door with everything someone would need to make it through a zombie apocalypse. Makeshift furniture and a greenhouse filled with plants are in the bunker, along with food rations, melee combat items, resources to keep the bunker in good condition, and items from State of Decay 2.

Perhaps most important to a nerd’s apocalyptic survival, four Xbox Ones will be available to play so gamers can practice their zombie killing in the peace and safety of the bunker, all while being fed by a chef hired to cook “underground style BBQ.”

The bunker will be open for fans from this Wednesday through Sunday any time from 10 a.m. to 6 p.m. PDT, but pre-registration has already filled up. Today at 4 p.m. PDT however, actor Chandler Riggs, who plays Carl Grimes on The Walking Dead, will be playing State of Decay 2 and giving a rundown of the bunker during an Xbox Live Sessions cast on Mixer’s Xbox Channel.