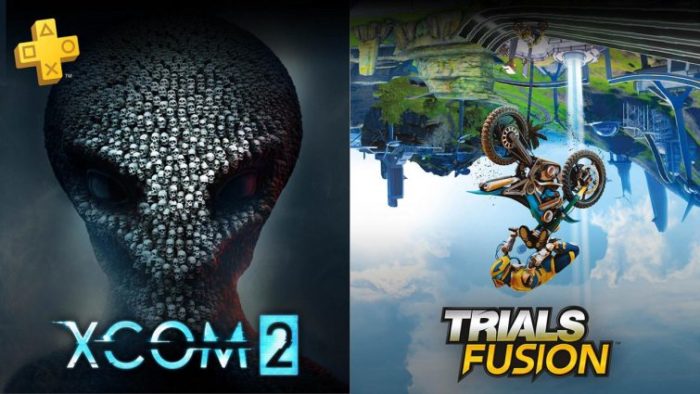 With June just a few days away, Sony has revealed its lineup of free games being made available to PlayStation Plus subscribers for the month, including XCOM 2 and Trials Fusion.

XCOM 2 is the acclaimed sequel to the turn-based tactical shooter XCOM: Enemy Unknown, which was a surprising re-imagining of both the UFO: Enemy Unknown and X-COM franchises. The game has you fighting for the freedom of humanity in a human rebellion splinter cell against a now alien-conquered Earth, managing your squad and improvising expert tactics in order to fight off the alien forces pushing back on you.

Trials Fusion is the most recent entry in the Trials Franchise, and it’s the same 2.5D motocross stunt-jump simulator we’ve all come to love over the years, but with a few extra bells and whistles. Fusion features several new features to the series, such as a track editor, allowing players to design and create their own courses to defeat, as well as the ability to perform freestyle motocross stunts while in the air in order to show off their skills before most likely face-planting and breaking your spine.

The full list of games available through PlayStation Plus for June are:

Tom Clancy’s Ghost Recon: Future Soldier is free on PS3, and it’s a standard Tom Clancy shooter affair with fairly typical action and stealth if you’ve been looking for something to scratch that sort of itch. Also on the PS3 this month is Zombie Driver HD, which is an easy-to-understand top-down perspective driving game about mowing down and blasting through hoards of zombie and public property using souped-up cars and weaponry, for fans of nice, uncomplicated wanton violence and destruction.

As for people looking for something new to play on their scrappy little Vita (trust me, you aren’t alone), there’s also Atomic Ninjas and Squares. Atomic Ninjas is a simplistic little arena-based brawler complete with power-ups, where your friends can compete to deck each other off the stage and into various hazards. Squares is a puzzle game, but with a bit of a faster pace, tasking the player with quickly identifying unique qualities of various boxes and carefully reading instructions under a time limit in order to beat each level and their many different squares.

The games available in this lineup will be available until June 6.