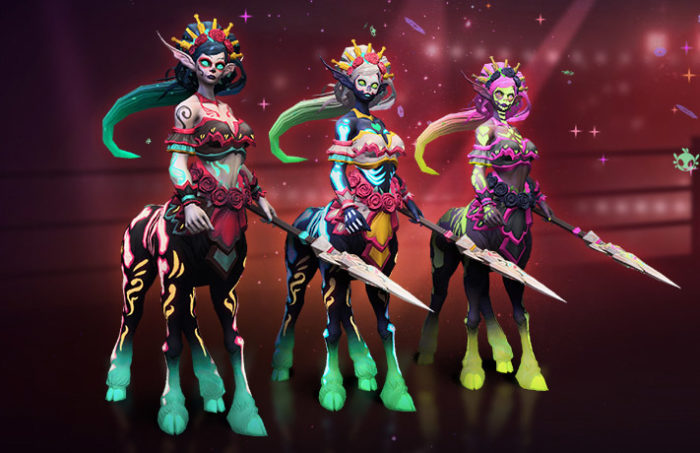 Blizzard has announced the details for the Nexomania summer event set to come to Heroes of the Storm. The event begins May 22, and runs through until June 11 and brings new skins, mounts, stickers and quests to the game.

Nexomania will add new Skins for Lunara, Sonya, Diablo, Garrosh, E.T.C., and Kharazim, with three variants available for each character. There is also an assortment of wacky mounts for players to ride. There’s a giant chihuahua, a pinata shaped like a pig, and a sort of shark worm. Players will also be able to get their hands on a collection of 17 new Nexomania Portraits. Just like other events, Nexomania will also bring new sprays to Heroes of the Storm, there’s 25 for players to earn, which they can use to tag the arena to their heart’s content.

As well as the new cosmetic items, there’s also a new quest to complete. ‘La Parca Lunara vs. La Pantera Sonya’ is a new quest in which players choose a side and earn a different set of seasonal rewards depending on their decision. Players will either help La Parca Lunara defeat the fearsome La Pantera Sonya by completing challenges in Quick Match, Versus A.I., Unranked, or Ranked games, or vice versa. Once a side is chosen, the opposing one will become locked, however players will have a chance to earn the items during next year’s summer event. Check out the announcement trailer below, and head over to the blog post for full details on every item you can earn during the event.