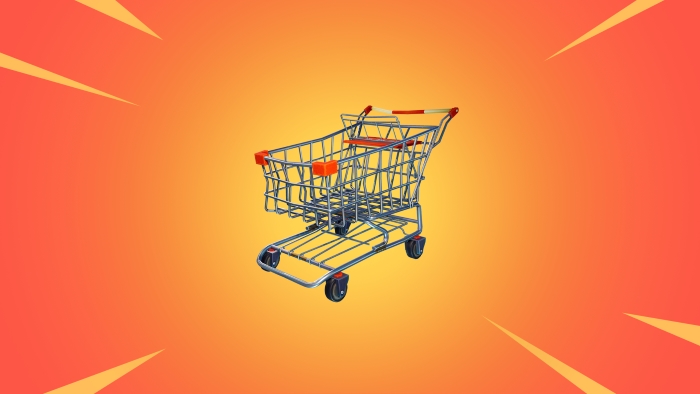 The 4.3 update for Epic Games’ Fortnite goes live later today, adding new items and bug fixes for both Battle Royale and Save the World modes. The weekly update comes a day later than its usual Tuesday release, though the week five Battle Pass challenges are still delayed until Thursday due to the studio’s decision to release future weekly challenges on Thursday.

Shopping carts can now be used as vehicles in Battle Royale and found in various parts of the map. Two players can hop in one cart at a time, though one will need to push it and the other can shoot weapons while sitting in the cart. The other item added to Battle Royale are mushrooms, which grant five points of shield to players and can be found “around shady wooded or swampy areas.”

The update adds various improvements that Epic Games detailed in a separate blog post last week, including challenge progression tracking, fixes to the turbo building setting, and an ‘Edit Mode Aim Assist’ option to remove aim assist while editing building pieces. The mobile version also received voice chat, which the studio said would be easy to switch between voice channels with a single button.

The Blockbuster Questline returns to Fortnite’s Save the World cooperative mode with the new Mythic Soldier Carbide character and daily quests, while Battle Royale’s Port-a-Fort item has been added to the mode as a world drop. Check out the official patch notes for the full list of changes and bug fixes in the 4.3 update.