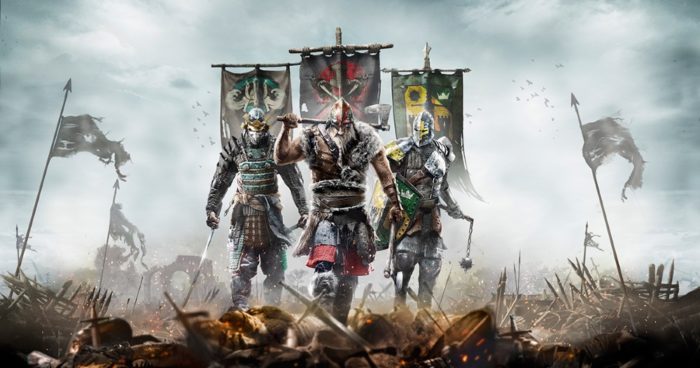 Ubisoft Montreal’s For Honor has a free weekend on consoles and PC available right now until Sunday or Monday, depending on your platform of choice.

Xbox One and PlayStation 4 players can pick the game up for free right now, and have until 12 a.m. PDT on Monday to keep playing, though it does require Xbox Live Gold or PlayStation Plus to play. PC players don’t get as long to play, with the free weekend open now but only running until 1 p.m. PDT this Sunday.

Along with being free for the weekend, For Honor will be on sale digitally for 67% off on consoles through May 15 and 75% off for PC players. Ubisoft’s Uplay sale on PC goes on through May 15, but players wanting to own the game on Steam should buy it soon as the discount ends May 7.

The free weekend also brings goodies for seasoned owners of the game, as long as they’re okay playing with the noobies. Paying owners of For Honor will be rewarded through the game’s “Warrior Training Program” for playing five matches with people playing for free over the weekend. The reward for teaching/putting up with/destroying the new players is two weeks of revamped Champion Status, valued at 8,000 Steel.