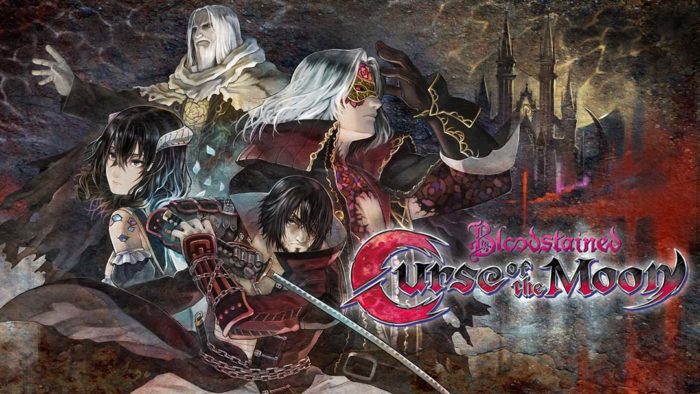 Developer Inti Creates has released a trailer for 8-bit 2D Ppatformer Bloodstained: Curse of the Moon, which was created as a stretch goal for the Kickstarter for Bloodstained: Ritual of the Night.

Bloodstained: Curse of the Moon is an 8-bit game made as a spin-off tie-in to the world and characters of the upcoming Bloodstained: Ritual of the night, similar to how developer Inti Creates also made the game Mighty Gunvolt as a companion piece to Mighty No. 9. Ritual of the Night is a spiritual successor to the more openly-designed and explorative titles in the Castlevania franchise – namely Symphony of the Night – which was Kickstarted to great success back in May of 2015 under the leadership of former lead producer of the Castlevania series, Koji Igarashi, and is currently planned to release on various platforms later this year.

Similar to how Ritual of the Night is a spiritual successor to Castlevania: Symphony of the Night, Curse of the Moon is set on aping the style and gameplay of another title in the series, namely Castlevania III: Dracula’s Curse. Curse of the Moon features a very similar graphical art style and interface, as well as action-platformer gameplay featuring four playable characters, though there are still differences. The player seems to be able to switch between any of the four characters at will during gameplay, rather than just between two chosen characters like the game it mimics, and seeing how Curse of the Moon imitates an NES game but isn’t really, it can get away with slightly more happening on screen and more intense action without it feeling like too much of a cheat.

Curse of the Moon will be released on May 24 for PC, Xbox One, PS4, PS Vita, 3DS, and Nintendo Switch. You can watch a trailer for the game below (jump to 1:29 to skip past Iga discussing the game’s connection to the Kickstarter).