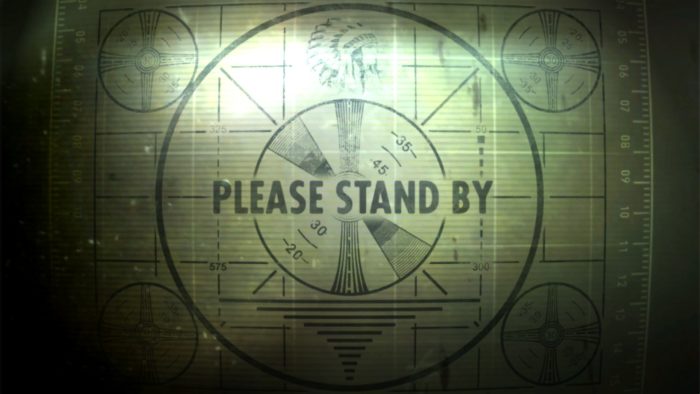 The Bethesda Studios Twitter account has posted a tweet teasing something related to the Fallout franchise. The tweet is a simple gif of the classic “Please Stand By” test pattern, which has been used several times before in relation to the Fallout series. The tweet also has #PleaseStandBy.

Fan speculation suggests that the tease may be for the release of Fallout 3 Anniversary edition, which will be celebrating its 10 year anniversary on Oct. 28, 2018. This game has a special place in the series, as it was the first to be released by Bethesda. It was a huge success despite the change of form from the original titles made by Interplay (later known as Black Isle Studios), changing from an Isometric role-playing game to a first-person RPG.

Bethesda’s most recent major release in the franchise was Fallout 4 VR on Steam, back in Dec. 2017. This took the Fallout 4 game and made it available in virtual reality, similar to Skyrim VR. This came as a part of a trifecta of virtual reality, which also included DooM VFR, although that was the only game of the three to not be a direct port.

Most recently, Bethesda has teased and announced RAGE 2, the sequel to the 2011 title RAGE, which was released on PS3, Xbox 360, and PC.