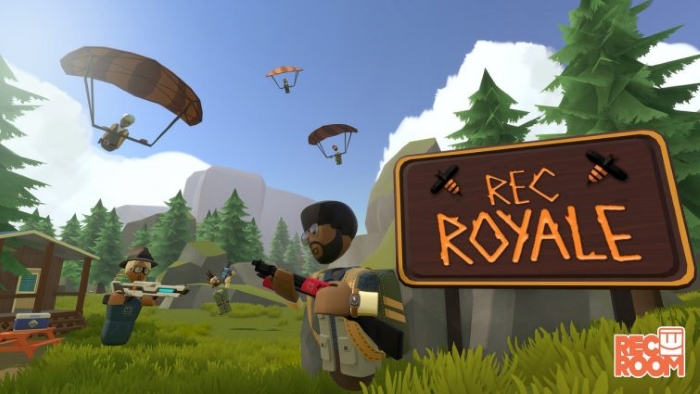 Rec Room, the virtual reality social club on PC and PlayStation VR, is receiving its own battle royale game mode on June 7, developer Against Gravity announced.

The new mode is called “Rec Royale” and will be part of a free update on June 7. Unlike other titles in the genre that feature up to 100 players in one match, such as Fortnite: Battle Royale and PlayerUnknown’s Battlegrounds, Rec Royale will only have 16 players.

The map will be a national park setting with “summer camps, mountains, forests, outposts, ravines, lakes, and tons of loot for scavenging.” A backpack system to hold multiple weapons at one time and quickly swap between them will be added to the game. Rec Royale is expected to ship with a solos mode at launch with “support for squads and other game modes soon,” according to Against Gravity community designer Shawn Whiting.

Rec Room players can test out the new mode in a public alpha this weekend from Friday, May 25 to Sunday, May 27. Rec Royale will be cross-platform for PlayStation VR on PlayStation 4 and various VR headsets for the Steam version on PC. PlayStation VR players with PlayStation Plus will receive an “exclusive paintball burst rifle skin” for logging in, though Rec Room does not require PlayStation Plus to play online against other players.