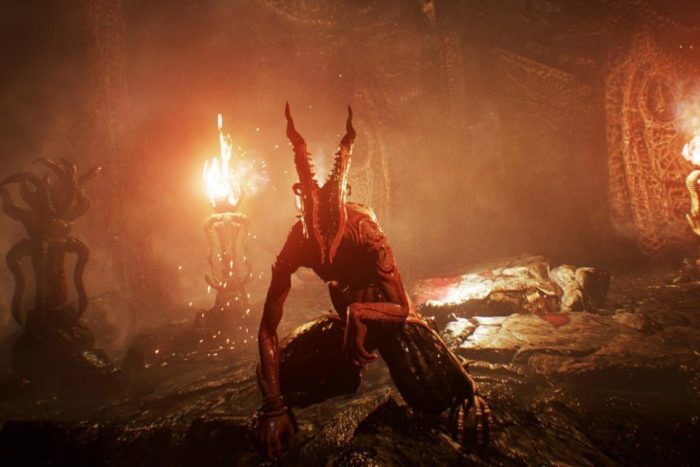 The road to hell is paved with good intentions, especially when that intention is to develop a video game with the ultimate depiction of hell. And despite the best efforts of those involved, the developers at MadMind Studio will have to censor their creation.

Technically speaking, MadMind Studio announced the upcoming survival game Agony would be censored back in April, which is what happens when a studio imagines up a Hell that would make even Hieronymus Bosch say it goes too far. The studio’s depiction is filled with walls of bone and teeth, plants and tumbleweeds made out of corpses, and demons with horned, tooth-filled vaginas for heads, so of course it was going to run into trouble with rating boards. Agony almost received an AO rating, which doesn’t sound too bad until you realize that AO games are not allowed on Nintendo, Sony, or Microsoft consoles, and MadMind Studio didn’t want Agony to be a PC-exclusive.

Initially, MadMind Studio decided to modify certain parts of Agony (and cut out offending bits that couldn’t be changed) to give the game an M rating and then release an optional, PC-only “Adults Only” patch that would uncensor the game and allow players to experience the journey through Hell as originally intended. But you know what they say about the best-laid plans of mice and men.

According to a recent announcement, MadMind has managed to appease the rating boards by censoring only several seconds worth of content. These moments will only appear in two of Agony’s seven endings. The studio promises nothing players have already witnessed in gameplay demos or trailers will be censored; all the gore, drugs, sex, and explicit violence will remain intact. But, and this is a huge but, the aforementioned Adults Only patch has been cancelled. The studio cites legal issues, since “leaving this content uncensored would result in the game being banned and us, MadMind Studio, being sued. That would simply lead to the studio being closed.”

Agony is scheduled to release tomorrow, May 29th, for PC, Xbox One, and PlayStation 4. A comparison video that will demonstrate the changes made to the game will follow the day after.