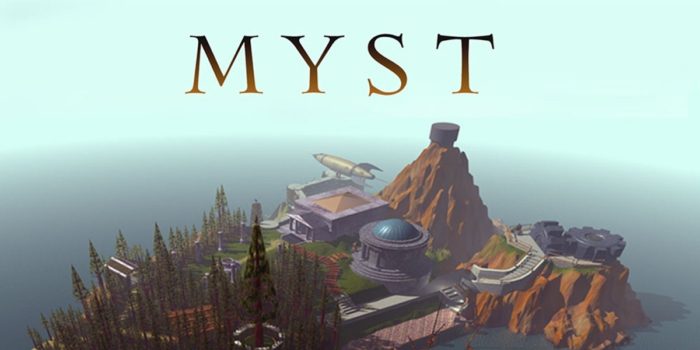 The Myst franchise is a legend among gamers, many of whom praise the series as the best point and click adventure of all time. Even though the franchise hasn’t seen a new entry in over a decade, the original developers want a new generation to experience the mystery and beauty that is Myst.

To celebrate Myst’s 25th anniversary, Cyan Worlds started a Kickstarter campaign to port all seven entries in the series to modern operating systems, specifically Windows 10. Normally, this would be newsworthy on its own, but the campaign was fully funded barely eight hours after it started. As of writing this article, the campaign has almost doubled its funding goal, which is an impressive feat.

You might wonder what is the point of this Kickstarter campaign, since several Myst games are already available through Steam and GOG. Well, you answered your own question: several of the Myst games are readily available, but not all of them. Thanks to the Kickstarter project, all of the games will finally make their way to digital storefronts.

While most of the Myst series can be bought digitally, you need to remember they are very old games. Players usually need to jump through hoops just to get the games running on modern PCs, as evidenced by the reviews and forum pages that complain about compatibility issues. That’s the impetus behind the campaign: to make all seven Myst games playable without the need for any extra tweaks, fan-patches, or downloads. Sadly, the project is designed for Windows 10 PCs in mind, which leaves Windows 7, Windows 8, and MacOS owners out in the cold. However, Cyan Worlds promises it will try to bring the games to MacOS through future updates and rebuilds, so Windows 7 or 8 compatible versions are also a possibility.

While the Kickstarter campaign does not feature any stretch goals (yet), it contains plenty of rewards that will please longtime Myst fans. Backers who pledge at least $49 will receive digital versions of all seven games, and those who pay $99 will also get physical DVDs and a storage box shaped like the Myst Book. Meanwhile, gamers who give $169 will receive all of the above and a physical replica of the iconic Myst Linking Book, complete with a digital screen that gives fly-through videos from the games. But, if backers are willing to offer $250 or more, they will also receive fully functional replicas of Gehn’s beetle-shaped inkwell and pen.

Even though the Windows 10 re-releases of the entire Myst collection is assured, the Kickstarter campaign still has forty-three days to go. With luck, Cyan Worlds can live up to its promise of an August 2018 release and use the extra funding for some additional polish and MacOS versions. After all, Myst was originally released for Macs.