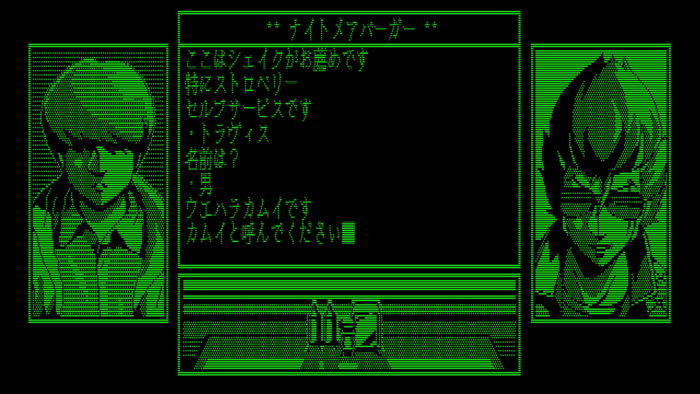 Recently at PAX East, I had the chance to to play Travis Strikes Again: No More Heroes, the “fresh start” follow-up to the beloved Wii games. However, don’t call it, or even consider it, a sequel to the previous two games. It’s not that and Travis Strikes Again director, Goichi “Suda51” Suda, made that very clear when he chatted with me after giving the demo a go. This is a game for newcomers, and is designed to be a completely new and different experience than anything else before it.

The game is still very deep in development and what I played was just a demo built specifically for PAX East. It’s unclear whether what I played will even make it into the game. However, the demo was designed to capture the spirit of Travis Strikes Again. Travis Touchdown, the foul-mouthed hero from No More Heroes, gets sucked into a video game world, and is forced to play through different types of games to survive.

The game has a very easy to pick up and play, arcade type of feel. Anyone that skipped the first two really shouldn’t have an issue jumping into this one. The demo I played had top-down, fast-paced, brawler-like combat, clearing waves of enemies as I progressed through a trippy digital, game-like landscape. It felt like something that could have been a concept for a whole indie game, and that’s exactly the feel that Suda51 is going for in Travis Strikes Again.

According to Suda51, Travis Strikes Again is a “return to his roots”, and he’s working alongside a smaller team than ever before. This to him, though, is an advantage. It’s allowing each individual member of the team to put a part of them into the game. There’s going to be six different game worlds plus an extra, and each is going to feel very unique from the rest and it’s the feature that Suda51 is most excited about.

“Each different game world is going to be totally unique and filled with unique creativity that can only come from a small indie sized team,” said Suda51 about the importance of the smaller indie-like team.

While this style of gameplay might feel a little out of place or overshadowed on a console with mega-AAA hits like the PlayStation 4, it fits in well with the portable Switch which is designed for bite-sized gameplay. Suda51 agreed that the Switch was a good fit for Travis Strikes Again: No More Heroes, going as far as to say that he had an “instinctual urge” to bring the game to the Switch when he first saw the hardware. This came after shelving the idea of bringing a new game in the series to ill-fated Wii U.

Playing Travis Strikes Again, and talking about it with Suda51 has me way more excited about the game than I was before I played it at PAX East. The vision that Suda51 has for the title is way clearer once you actually get to play it. It has potential to be an extremely fun game that, like so many other games in Suda51’s library, is unlike anything else. Execution of the game’s worlds is of course going to be paramount to Travis Strikes Again’s success. If the team can find a way to successfully pack in what is effectively going to be six different game ideas into one, all wrapped up in Suda51’s humor and carried by Travis Touchdown’s personality, if all of that happens, then I think Travis Strikes Again is going to be the crowd-pleaser that Switch fans are hoping for.

Travis Strikes Again will be out this year for the Nintendo Switch. When asked about potential ports to other consoles, Suda51 said he wasn’t sure and for now, it’s Switch only.