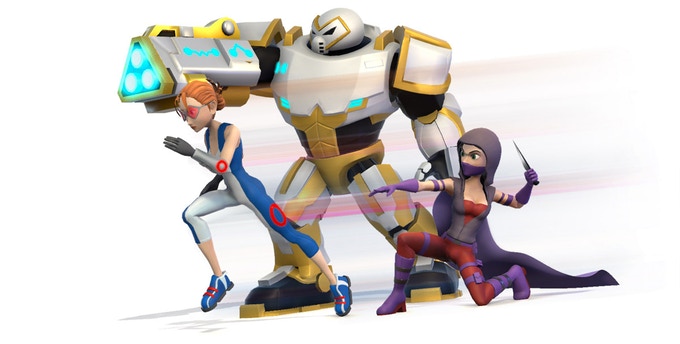 Sentinels of Freedom is an upcoming RPG based on the popular Sentinels of the Multiverse board/card game. The Kickstarter project is a collaboration between the game studio Underbite Games and Greater Than Games, the team behind Sentinels of the Multiverse. While Underbite Games is a small studio that mostly helps other development teams create video games, it developed the underappreciated and relatively well-received indie game Super Dungeon Tactics, which is based on the board game Super Dungeon Explore. The studio clearly has experience turning physical board games into video games.

Underbite Games bills Sentinels of Freedom as a story-driven, turn-based tactical RPG that will feature numerous underlying mechanics that impact each game mission, such as character personalities that either work well together or clash and “stances” that actively change a character’s stats and abilities. In addition, while players will be able to control plenty of iconic characters from the Sentinels universe, they will also create their own heroes in a character creation system reminiscent of City of Heroes’ robust character creator.

According to Underbite Games, Sentinels of Freedom’s two standout features will be its “Support” and “Vigilance” actions and its “learning AI.” Support and Vigilance actions are passive abilities that will let characters react to an ally’s or an enemy’s actions, respectively. Characters can can distract enemies so they’re more easily hit by an ally’s attack, throw smoke bombs or seek cover when flanked, or perform other unrevealed actions.

As players progress through Sentinels of Freedom, enemies will adapt to different tactics through the “learning AI.” If, for example, players use a lot of direct attacks to damage enemies, they will start using shields that can only be bypassed by flanking or by indirect attacks. Of course, that’s only one example of how the “learning AI” will change enemy behaviors, so players can expect other surprises that will keep them on their toes.

Currently, the Kickstarter project sits at just under $25,000, which is fairly impressive given it started yesterday, and asks for $30,000. Admittedly, $30,000 is very small for a video game Kickstarter project. For the sake of comparison, Bloodstained: Ritual of the Night and Divinity: Original Sin II set their goals around $500,000. Regardless of its goal, Sentinels of Freedom is based on a popular board game and aims to mix up the standard turn-based tactical RPG formula, and gamers are taking notice.

Sentinels of Freedom’s campaign has a little over a month to go and promises plenty of stretch goals, including extra missions, more powers, and additional allies. At the rate the game is acquiring funding, it stands to unlock many of these goals. If you’re looking for a superhero-themed RPG, you might want to consider backing Sentinels of Freedom.