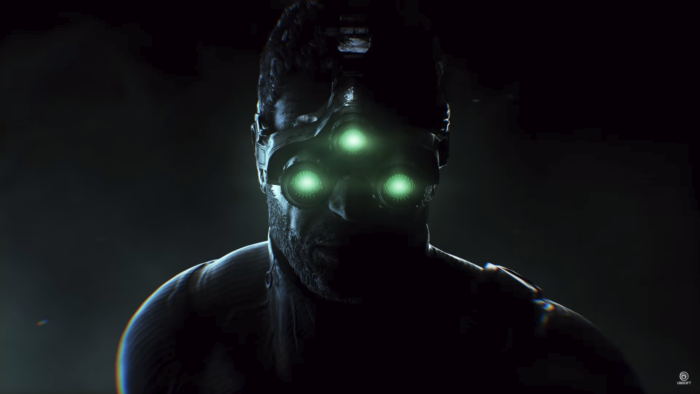 A couple of Tom Clancy games are expected to collide after Splinter Cell’s protagonist, Sam Fisher, has been hinted to be coming to Ghost Recon Wildlands in a new teaser video.

The teaser promises more information Monday, but at this point we know the crossover is intended for “The Call,” a special operations mission.

In the teaser, a woman’s voice identified as “Paladin” calls out for “Matchwood” to respond. The responding voice is obviously Michael Ironside, Sam Fisher’s voice actor, so it would appear our Splinter Cell friend has a new codename.

Paladin informs Fisher “Langley has sprung a leak and they need us to stick our thumb in it. Brush up on your Spanish, you’re headed for Bolivia.”

Fisher says he may need some more firepower for the mission, and when asked for ideas responds that he’s “got friends in that neighborhood. Call the Ghosts.”

Just a few days ago Ubisoft outlined plans for the next year of free content for Ghost Recon Wildlands. The update promises four Special Operations throughout the year, starting April 10 for PlayStation 4, Xbox One, and PC. No word yet on if the first Special Operations mission will include the Splinter Cell crossover, but keep your eyes tuned to Twinfinite as there’s a good chance we’ll find out Monday.