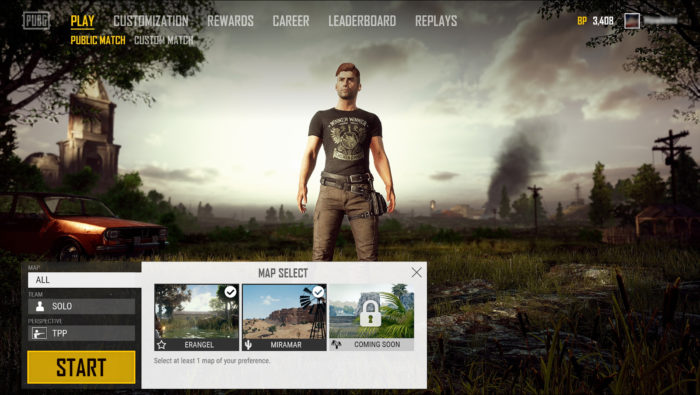 It looks like PUBG is getting a map selection feature, thanks to fans around the world clamoring for it to be added to the title. Players have been waiting for quite some time to have an ability to swap between which map they’d like to play on, especially since players aren’t very keen on Miramar and instead look forward to the old standard, Erangel.

Until now, developers hadn’t given into the idea yet because they were stalwart in their claims that it might create problems for the number of players on each map and create a dearth of them on one or the other. This seems to have changed with the announcement that the feature is being brought to test servers now.

“Ultimately, we created a version of map selection that we think is unlikely to cause issues for matchmaking. That said, we’ll still have to keep a close eye on it, since it could become problematic as new maps continue to be added,” states the blog post where the decision was announced.

On the screen, you’d just checkmark the maps you want to play. If you choose more than one, one will be selected at random at the beginning of the map. There’s no projected date for when map selection servers will be live, but it looks like it’s going to be hitting pretty soon, if the announcement is anything to go by.