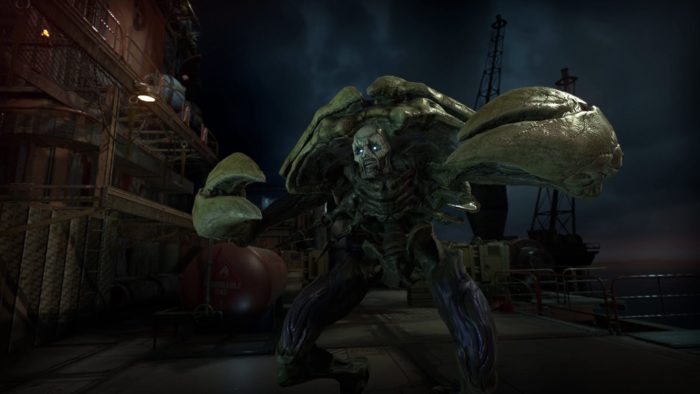 Success means different things to different people. Some believe earning a lot of money is success, while others believe attaining happiness is success. While the spiritual successor to the original XCOM game, Phoenix Point, has already achieved financial success before it’s even been launched, the founder of the game’s development studio is worried it will not live up to his lofty expectations of becoming a franchise.

During interview with Gamesindustry.biz, co-founder of Snapshot Games David Kaye expressed his excitement over the success of the Phoenix Point crowdfunding campaign. It earned $766,000, well past the $500,000 goal and receives approximately $100,000 a month in pre-orders. Unless my math is off, that means Snapshot Games has amassed around $1,000,000 in pre-orders alone, which is beyond impressive. You would think the studio is celebrating, but it’s not. If anything, it’s worried about the nature of the current gaming landscape, especially since many games these days are sold for pennies on the dollar.

Kaye stated,”If there’s one thing that keeps us up, it’s that there are so many services that are launching and giving games away. And they’re not just giving away old games, but fairly new ones. Between Steam sales and services like Humble Bundle and all that stuff, there is so much…If you want to play a good game, there are great indie games that are not very expensive. There are games that were full price a little while ago that are now almost free.”

Kaye further explained developers cannot take the current gaming climate for granted when it comes to selling a game. Even though Facebook allowed Snapshot Games to get in touch with its target audience and amass tons of pre-orders, Kaye realizes that goodwill can change in an instant. While Phoenix Point is designed by Julian Gollop, the brain behind the original XCOM franchise, its biggest competition will likely be the modern iteration of XCOM.

“We have a lot to achieve,” said Kaye. “We are going to be compared to the new XCOM games, but we have a lower budget and a smaller team. Yet we have to deliver, because we will be judged against [XCOM].”

Firaxis Games’ recent XCOM games were well received and were nominated for numerous awards, including best game of the year and best strategy game. While Kaye’s fears are not unfounded, they’re also kind of ironic, as he is essentially worried about gamers not looking fondly at a modern game designed by Gollop because of a reboot based on Gollop’s old work. Plus, Kaye has set some pretty large goals for the game, including transforming it into a franchise.

According to Kaye, Snapshot Games plans to release numerous expansions for Phoenix Point and is already in the middle of turning the game into a multi-media franchise with the help of four ebooks. He also claimed the studio could try to develop a console port, especially a Nintendo Switch port (thanks in no small part to the XCOM-like Mario + Rabbids Kingdom Battle), of Phoenix Point if there is enough demand and funding.

Phoenix Point is scheduled to launch sometime in late 2018. With luck, it will live up to Kaye’s expectations.