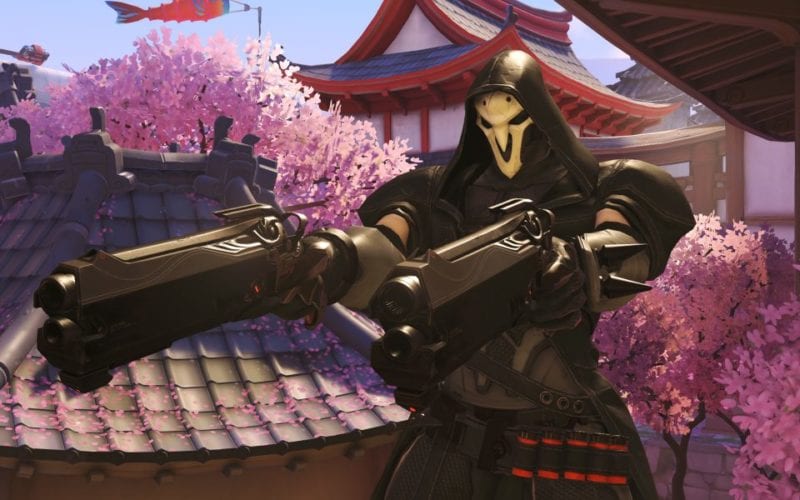 With Blizzard World and Brigitte out of the way, players can finally look forward to the next big thing in the game: another event. It was around this time last year when fans got a taste of the first ever lore-centered event featuring Tracer’s first iconic Overwatch mission filled with explosions, payloads, and of course, omnics. Not to mention that fans loved the PvE mode; it was a big step up from Junkenstein’s Revenge. So, while we might be getting the same treatment this year, it seems like Blizzard has a few major surprises in store.

From what we know, the Uprising event is definitely coming back – Blizzard’s already confirmed it. They’ve pretty much reused the same teaser clip from last year (not much surprise there), and another short video reveals that Blizzard plans to bring back the original arcade mode. So if you’ve been itching to scrap some omnics with Mercy, Reinhardt, Torbjorn, and Tracer again, you’re in luck! Needless to say, fans who’ve missed out can finally start collecting last year’s exclusive event cosmetics in the now dubbed Archives loot boxes.

This is all great and fun for those new to Uprising, sure, but what about seasoned players who’ve been wanting a completely new experience? After all, new cosmetics alone can’t sway all the players to pick up the game again. To pique everyone’s interest, Blizzard has to add a new game mode. Luckily, it seems like the developers have been dropping some hints here and there that pretty much point to what fans have been pleading for in a new Uprising event.

Back during the Happy New Year developer update, game director Jeff Kaplan had already mentioned that they plan to add a new iteration to the returning event. On top of that, he added that the team wanted to “evolve it and put more thought into what that event could be.” The Overwatch community has been hard at work trying to look into the two released teasers, and they’ve come across some pretty interesting things.

The reused clip they released a few days back actually has some new details, starting with a hidden Blackwatch logo behind the message log and a triangular symbol at the bottom left. There’s also a glitch effect around three seconds in which changes the text “Confidential” to “Classified” and “7 years ago” to “8 years ago.” Meanwhile, the second Overwatch teaser has a little tidbit at the end that reads, “Accessing Archies File 0382 … Complete.” The clip then cuts off with another message, “Accessing Archives File 0274,” which just about ties in with a new mission.

But what kind of mission are we talking about here? From the information so far, this new assignment is classified and covert. It might also take place eight years ago, meaning one year before the previous Overwatch Uprising arcade mode. Similarly, Kaplan took to the forums a little while back to answer a fan who had been asking about Reaper’s lore. He explained that the hero is “absolutely central to the game’s story” and that they were excited to reveal more about his “worldview.”

Up until now, Blizzard has been focusing on the original Overwatch strike team, leaving Blackwatch in the shadows. The lack of attention is quite comical, really, since the infamous organization was actually the covert ops division of the task force. They always operated behind the scenes, out of public sight. However, the Overwatch community has been clamoring for more lore on the mysterious syndicate. So, what better way to shed light on Blackwatch than by giving them a playable mission in an Archives event?

With the addition of Moira in Overwatch, we finally have a four-man team that can carry out their own operations. Reaper, Genji, McCree, and Moira are the central figures in the covert group, so there’s a big chance they could be the playable characters in an upcoming Blackwatch mission. All of them, save for Moira, have their Blackwatch skins for the event. What they would be doing is still up in the air, but it could very well be linked to Tracer’s first Overwatch mission in King’s Row. Or, their task might involve some kind of shady business, especially since Blackwatch was accused of crimes such as corruption, kidnapping, torture, weapons proliferation, and even assassination. Instead of fighting omnics this time, maybe players could go against hordes of human enemies. Heck, there may even be some stealth elements mixed in for a completely new gameplay experience.

All speculation aside, though, it seems like all the hints so far are nodding towards some kind of Blackwatch event. Blizzard could definitely use the new arcade mode to mess around with some new mechanics as well as improve the PvE mode. And with more Overwatch lore on the way, we may finally get a chance to see more of Gabriel Reyes before he became the psychopathic Reaper. Who knows, maybe there’s still a glimmer of hope for the madman? The Overwatch Archives event is slated to launch on April 10.