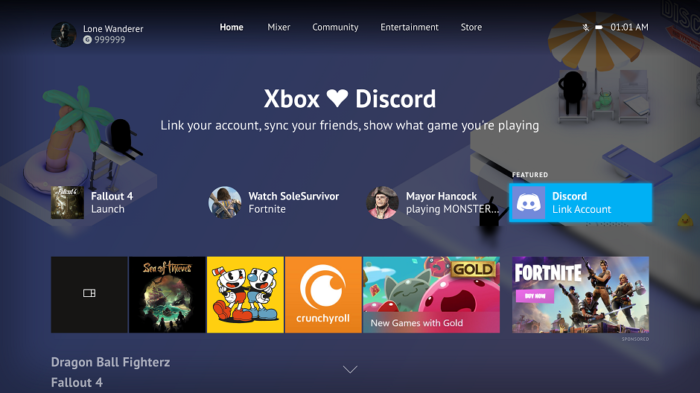 If you tend to use a lot of Discord while playing online via Xbox Live, you’ll be pleased to hear about the latest collaboration between Microsoft and Discord. No, unfortunately you won’t be able to talk to your friends on Xbox Live using the client, but you’ll be able to link your accounts to each other and show off what games you’re currently playing via Xbox Live and Discord and vice versa, which should (in theory) make it easier to join others’ games and let them join yours.

The new initiative will be rolling out in the next few weeks, finding users on both platforms getting a simpler way to share their status online while in-game. It’s certainly an improvement over how things worked in the past, as now you can look at your friends currently online in Discord or online via Xbox Live at a glance and see what they’re up to without having to jump through too many hoops. If you see someone is playing a game that you have and are looking for friends in, for instance, you can simply jump right in with them.

There isn’t currently a timeline as far as when you’ll be able to expect these new tweaks to roll out across both platforms, but linking your accounts is a good idea if you’re an avid user of both platforms. It’s something you can already do in Discord with PC games and apps like Spotify, so this seemed like the next natural progression if we’re being honest.

Are you an avid Discord user? Let us know in the comments below!