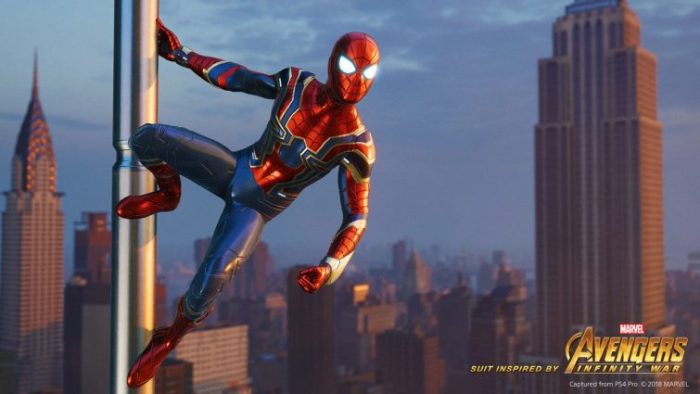 Looking forward to picking up the new Spider-Man game on PlayStation 4 when it releases later this year? Insomniac Games’ upcoming game will feature an awesome new costume that’s been officially revealed over at the PlayStation Blog. When the game’s release date was announced as September 7, we only got a look at the Spider-Punk suit, despite the fact that the Spidey Suit pack would contain three different ones. But there’s something different coming — something from Avengers: Infinity War. Knw what it is yet?

That’s right, the Iron Spider Suit. You can see it in action in the trailer below, but now you can rest easy knowing that yes, the suit exists, and yes, it’ll have some sort of crazy super power you can look forward to using in-game. The PlayStation blog revealing the suit plays it coy when it comes to exactly what the suit can do, but you can imagine what kind of things it’s capable of right?

If you preorder the game today, whether on the PlayStation Store or at the retailer of your choice, you can still get all bonuses, including the Spidey Suit pack, so you’ve got plenty of time to make it yours. You can even celebrate seeing Avengers: Infinity War in theaters by grabbing some wallpapers and other goodies from PlayStation.com ahead of time. Can’t wait for the new Spidey game? Neither can we. But hopefully this new footage at least gives you a little bit of something-something to tide you over.