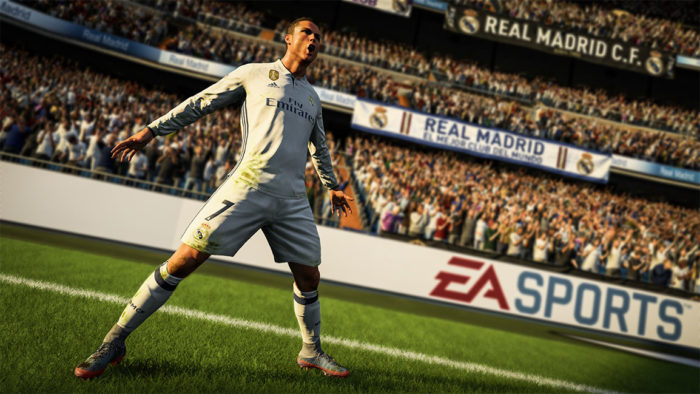 A lack of engaging content has been an issue somewhat in FIFA 18 since its launch last September, but it has become an even bigger complaint recently. With modes like Squad Battles and Online Seasons being uninteresting due to offering rewards that simply aren’t worth the time commitment at this stage in FIFA 18’s lifecycle, there’s is very little to do in the game between Monday and Thursday. FUT Champions, which has its own issues, keeps the weekend busy, but the game has needed something to give fans a reason to turn the game on; something to grind towards that isn’t just small coins rewards or underwhelming packs. When FUT Swap Deals was revealed earlier this week, it seemed like EA Sports was delivering exactly what we wanted, but it now seems like a good idea that has been poorly executed.

Why Swap Deals seemed great at first glance is simple. It rewards you for playing the game, offering rewards beyond the usual. As you play the game, completing SBCs, winning Daily Knockout Tournaments (DKT), and completing Daily/Weekly Objectives, you earn items that can be traded in for a variety of special player items. By offering rewards that you can’t get any other way, there’s a reason to turn the game on every day to check what’s happening and how things can be unlocked. While that is certainly true, not everything is as good as it first seemed.

How you unlock the token items and how you earn the FUT Swap Deals players has been wrongly implemented. It hasn’t been aimed at casual players, hardcore players, or anyone in between. First of all, for the hardcore players, there’s not enough on offer to make their playing time feel rewarding. Since there’s only twelve token items available, you can only unlock some of the Swap Deals players. If you want Alexis Sanchez, the best on offer, you can only have him, nothing else. Alternatively, you can have two medium level players, or the four worst, out of a possible twelve. For that to be all you can get for a month long event is incredibly underwhelming.

It isn’t even a case of the players being overpowered. In almost every case, there’s cheap and affordable alternatives to the players that can be bought readily. For example, Wendell has the equivalent stats of a player worth 2,000 coins. The teams of hardcore players aren’t going to be improved by these players, so what’s the harm in allowing them to grind to them all, rewarding them for their time and allowing them to make fun teams using everything they’ve unlocked?

However, for the casual players, the ones who could actually benefit from these players, they’re limited too. Unlocking at least two of the token items (Mendy and Negredo already being confirmed) requires you to win the Daily Knockout Tournament. For a huge portion of players, they simply aren’t going to be good enough at the game to win it. With all the good players jumping into the mode to unlock the tokens, the challenge of winning the tournament is going to increase, making it even harder for the causal user. That means they can only get a maximum of 10 token items, locking them out of getting Modric, Tevez, or Sanchez, the three best players available. The people who will actually benefit from the players on offer are unable to unlock them due to how EA Sports has designed the process of doing so. It’s nonsensical.

It feels as if Swap Deals is nothing more than a distraction attempt to get people back into the game before Team of the Season, which will probably begin before the end of the month. Since the best players (Sanchez/Modric) are 91 rated and untradable, their true value is no more than that of the cheapest 91 rated player on the market, were you to trade him in for another SBC. At the time of writing, that cheapest player is Robert Lewandowski, who is 100,000 coins. To get that as a reward for more than three weeks play is simply not worth it. Also, with Team of the Season round the corner, the players on offer will not be good enough in a matter of weeks. TOTS always sees 89/90 rated cards cost as little as 20,000 coins, and they’ll be better than 90 per cent of the Swap Deals players.

The basis of Swap Deals is good, but it should have been designed so that every player, no matter their skill level or time commitment should be able to get the most out of it. A player than spends hours every day should be able to grind to get all of the players on offer, and someone that plays sometimes and isn’t great at the game shouldn’t be restricted from unlocking everything if they want to, especially when they’re the ones that will benefit the most from the rewards. If players are good enough to win tournaments multiple times, or play hundreds of games a month, they should be rewarded for that, and players that can’t do so should still be given the ability to unlock everything.

EA implementing a Promo like Swap Deals is a step in the right direction and goes some way to giving players what the want, but their choice to restrict every single player is wrong. If they’re ever to do something like this again in FIFA 18 or beyond, they need to do it differently.