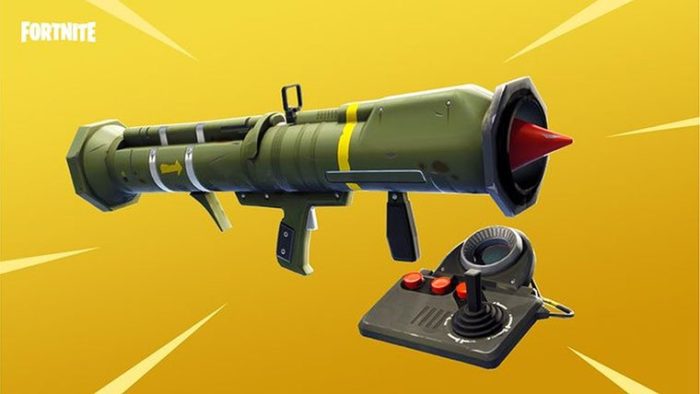 Fortnite: Battle Royale developer Epic Games announced it would be moving the controversial guided missile weapon to the vault, while explaining changes to the recent weapon switching delay and “peeking” bug.

In a post on the Battle Royale subreddit, Epic said the permanent removal was due to player feedback with “concerns over fairness and strength of the weapon.” The guided missile was temporarily disabled last week due to an animation issue, the same day after the game’s 3.5 patch changed the speed of the rockets to be slower. The guided missile joins other items, such as the submachine gun and smoke grenades, in the vault as Epic decides “the next steps for its future.”

Epic also explained the peeking issue introduced in Fortnite’s 3.5 update, which caused players to unintentionally shoot their own walls and structures while looking over them. The studio revealed it was a bug due to fixing “an unintended behavior with shooting” found in the 3.4 patch, and would be fixed in the 3.5.2 update coming later this week.

Lastly, Epic said it would be making small changes to the weapon switch equip times, also introduced in the 3.5 update. According to the studio, “This change was geared towards balancing quick switching between different weapons with low rate of fire (effectively bypassing the drawbacks that make these weapons fair).” Players have been critical of the change for making the game feel slower and punishing quick action.

In a hotfix, the crossbows, sniper rifles, and other weapons will be exempt from the delay, while shotguns, revolvers, hand cannons, and rocket launchers will keep the delayed equip times. Epic noted in the post with weapon equip animations that “it’s possible to fire sooner than the gun appears ready, so they feel more sluggish than they really are,” so the studio will be improving it in a future update.