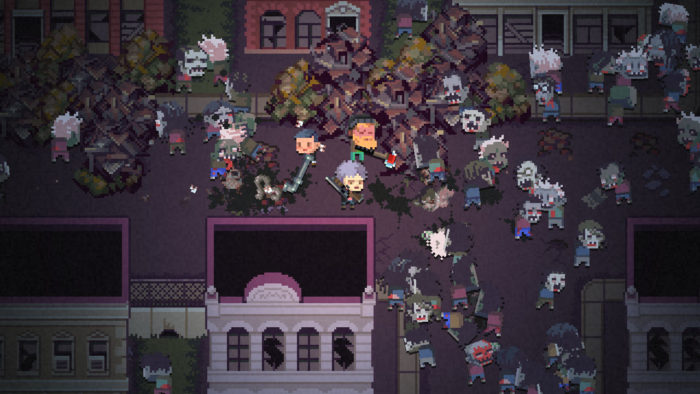 Every so often, an event is so tragic, it has far-reaching ramifications. Once in a blue moon, those effects have an impact on video games. This article is about one of these tragedies, so if you are a sensitive reader, you might want to read something else.

Death Road to Canada is a fun indie game that lets player slaughter zombies by the truckload. Players can shoot zombies, burn them, hack them up, laser them, and run them over with cars. The game is very tongue in cheek and has been out on PC since last year. However the game’s console release, which was supposed to be tomorrow, is being delayed because of the horrific event in Toronto.

For those of you who haven’t been paying attention to the news, a man ran over twenty-four people on Monday with a van, killing ten of them. We can only speculate as to the reasoning behind the attack, but it has already left its impact on the world, including the company publishing Death Road to Canada, Ukiyo Games.

Hi Everyone,
Due to the tragic events that happened in Toronto yesterday, we felt that now wouldn't be the right time to release Death Road to Canada, so we have put the release on hold for now.

We apologises to all the fans and our condolences to those affected by the events.

Ukiyo Publishing’s reasoning is that it “would have been insensitive for those directly and indirectly involved in the event.” The company realizes that, because of the tragedy, it was stuck in a lose-lose situation. One one hand, the company needs to take into consideration the fragile emotional state of the victims’ families. But, many of the people who have responded to the announcement claim that a game about running over zombies is dissimilar enough to not require a postponed release. Regardless of which side of the argument you agree with, we should accept Ukiyo Publishing’s decision and understand that the company is showing respect for the dead, the injured, and their families.

Ukiyo Publishing has not stated when Death Road to Canada will be released on consoles.