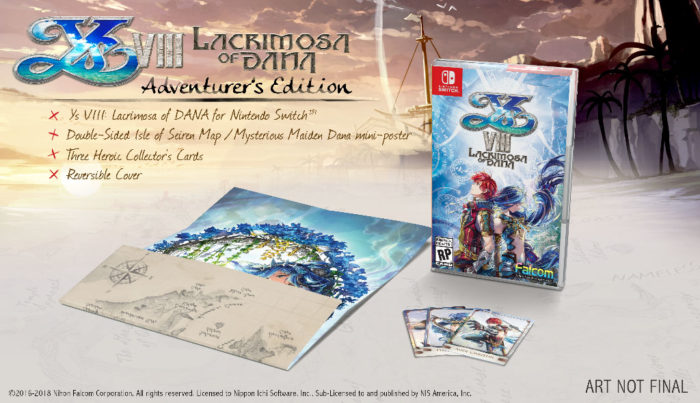 Ys VIII: Lacrimosa of Dana is making the jump to Nintendo Switch this summer in North America and Europe, just announced today via NIS America. The RPG will be coming to the system with content from both PlayStation 4 and PS Vita versions, with a special Day One Adventurer’s Edition coming for those who want to spend a little more cash on their copies, for a few more goodies.

This Ys entry follows series mainstay Adol Christin as he’s stranded on a strange island, where he and others on the island work together to create a functioning village where they can band together to brave most beasts on the island as well as the elements. While doing so, Adol uncovers a blue-haired young woman named Dana who’s hiding plenty of secrets. You don’t need to have played any of the previous Ys games to enjoy this one, but you’ll probably want to after you finish.