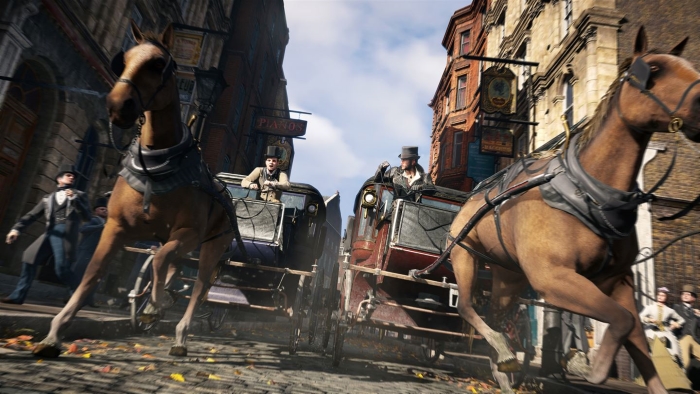 Microsoft announced today the next four titles available for Xbox Live Gold members to download and play for free in April as part of the Games With Gold program. The April lineup includes two Xbox One and two Xbox 360 games, three of which are fantastic as free offers.

Beginning April 1, Braid developer Jonathan Blow’s 2016 puzzle game The Witness will be free to claim and download for Xbox Live Gold subscribers during the entire month. The other Xbox One game, Ubisoft’s Assassin’s Creed Syndicate, will be available on April 16 and runs until May 15.

For Xbox 360, the video game tie-in of Cars 2 can be downloaded starting April 1 until April 15. The cartoony action racing game might not be much alongside this month’s lineup, but the other free Xbox 360 title, EA and the now-defunct Visceral Games’ Dead Space 2, certainly makes up for it. The science fiction survival horror video game can be claimed from April 16 until April 30. As always, all Xbox 360 titles offered through Games With Gold are backward-compatible and can be played on the Xbox One.

Check out the official trailer below for clips from this month’s selection of Games With Gold titles and a handy guide on where to find and redeem the games from the Xbox One dashboard.