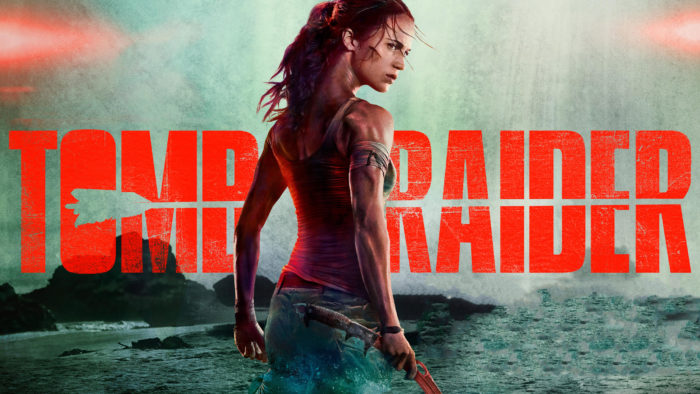 Video game movies consistently get a bad reputation. If someone hears that their favorite franchise is getting its moment on the big screen, it usually comes with a heavy dose of skepticism. That’s understandable though, all you have to do is take a look back at other video game movies and you’ll see the problems. Dwayne Johnson’s Doom is a lifeless slog that just relies on action clichés, Mark Wahlberg’s Max Payne, which was so poorly acted it was nominated for a Razzie, and the less said about the Resident Evil films the better.

So, going into Tomb Raider I was understandably skeptical about what we were going to get. Since the 2013 reboot of the games, I fell in love with Lara’s new outings. Both Tomb Raider and Rise of the Tomb Raider were exceptional action-adventure games with fun stories that kept me captivated throughout. That meant that the writers had plenty of interesting new material to work with and the potential for this to be the first truly great video game movie was plausible. But it only took me a whole three minutes to realize that I was in for just another awful video game movie adaption.

We join Lara before she sets out to become the hero we know and love, at the start of the film she’s an amateur boxer and delivery driver who has a taste for the extreme. But it’s not until she discovers her father’s underground lair that she realizes her true potential as a tomb raider. From there, she sets out to continue his last bit of research and discover where her father disappeared to. The game takes most of its story from the 2013 reboot while sprinkling in snippets from the 2016 Rise of the Tomb Raider. Both of the games it’s based on had great stories, but for some reason, despite being based on the same story, it doesn’t play out anywhere near as well as the games. This is where we stumble across the first of many problems: the film’s structure.

The rebooted games are fully aware that Lara’s time before she was a tomb raider is the least interesting part of her story. This is why, in the games, her origin story is left mostly to flashback cutscenes, which in themselves are sparse enough to never ruin the flow of the action. The film, however, decides to take around 30 minutes of its run time and dedicate it to Lara before she even discovers the fact she wants to be a tomb raider. We see so much of Lara’s mundane life that it’s hard to get invested in the film early on, and it’s not until much later that we start to see her do more interesting activities. It’s obvious they were trying to make Lara a more relatable character for a mass audience but I’m not sure anyone who came to see a high stakes action movie where planes hang off the edge of waterfalls, want to see the hero deliver takeaways. If the story had directly lifted the flashback approach the games took, it would have been a lot easier to get invested in Lara. Instead, we’re left with a structure that seems to be based on the concept that if we get the boring stuff out of the way first we can do exciting things later.

While the story does get progressively more exciting as it goes on, it still struggles to remain interesting even with high stakes action. The lack of character development with nearly every cast member makes all of them incredibly hard to care for and therefore the story loses any weight it could have had. By the end of the film you’re watching mindless action scenes which, while fun, have no emotional ties to them whatsoever. Lara’s companions in the film aren’t really present enough to create any actual tension when their life is on the line and in the end they all just feel like hollow vehicles to move Lara’s story forward. This doesn’t surprise me though; the writers have tried to condense a 15-hour story down to what is essentially a highlight reel of two hours. Development is going to be missed and action scenes are going to be cut. It’s all to be expected when you’re trying to condense something that much.

Roar Uthaug also took a big risk changing up the source material to try and make it his own, he removed some of the great characters from the rebooted franchise (like Sam, Jonas, and Roth) and he changed the backstory to the first games central story (Himiko/Yamatai). It was a bold move that meant even people who played the games had something new to come into with this film, but the substitutes are just not exciting enough changes to be deemed necessary. Instead of being excited to see new stories and characters, I was just left wanting to see what the film would have been like if it had stuck to the source material.

The fact that this was another video game movie wasn’t the only thing I was skeptical about going in though, Alicia Vikander’s casting was also a large concern. She’s a very quaint person, not known for her action-heavy roles and she’s such a far cry from Angelina Jolie that early on I didn’t think she’d be right for the part at all. Thankfully this is where I was proven wrong. Visually speaking, Alicia Vikander looks the part, she pulls off the gritty hardened adventurer better than Jolie ever could. You can picture Vikander right in the Tomb Raider games, something that ultimately helps this world feel realized. 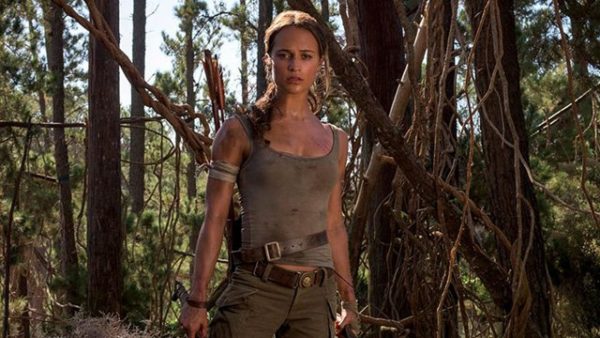 However, what is starting to become a common occurrence here, with every positive comes an equal and opposite negative. While Vikander really did a great job of looking the part, her performance leaves much to be desired. In fact, the entire cast’s performance is much to be desired, most of them struggle to deliver any lines with impact and the acting often comes across as very wooden. Jokes that could easily be funny are given poor delivery and dramatic moments aren’t ever treated with the right poise. Alicia Vikander is an Oscar-winning actress and has proven on many occasions (Ex-Machina and the Danish Girl are just two examples) she’s a brilliant character actress, so there’s clearly another fault at play. That fault becomes more and more obvious when you start to look at other cast members as well. Mathias Vogel (Walter Goggins) delivers a severely underwhelming performance that causes you to not care at all about his character and Lu Ren (Daniel Wu) plays his role so over the top he consistently feels out of place in the gritty film. So, what is the overarching problem causing this? The answer is simple, bad direction.

Roar Uthaug’s filmography mostly consists of terrible action B-movies, so it makes perfect sense that this film’s problems are all very similar to the complaints people have with B-movies. For example if you take a second to look at what’s happening on the screen visually, you’ll immediately notice there’s clearly no attempt to make this film visually interesting. The opening three minutes are just pure exposition over a slideshow of photos, something that so is dull it makes you wish you were still watching the trailers that prefaced it. This isn’t a one-off either, there’s plenty of long expositional scenes in the first half of the film which show no creativity or effort to make this information fun to take in. For a world that’s as action-packed as this, it needs to be filled with creative transitions, beautiful cinematography, and a heavy dose of fun (something the Jolie films managed to get exactly right). But there’s clearly been no ambition put into this and it all comes down to poor direction on Uthaug’s part.

It would be completely unjust to be this negative about the film without stating one of the main things it actually managed to get right: its action set pieces. If you’ve seen the trailer for the film you’ll know there’s a scene which involves Lara escaping a rusty dilapidated plane. It’s moments like this which make the film feel almost like its source material. Lara will be strategically leaping from ledge to ledge as everything falls down around her and the tension is understandably high. It’s the high stakes action which the franchise is known for and because it plays out so much like the games, it stands out as the best element of the film. There’s plenty of other moments like that as well, especially inside the titular tomb, which are great fun to watch. The production design on these set pieces is immense, it feels like the only part of the film that’s really had some effort put into it. It would have been a welcome change if they were more frequent throughout the film because it was at these moments that I felt I was truly getting invested in Lara’s world and what she had to offer.

The original Tomb Raider films were cheesy action flicks that were never afraid to go too over the top. They were filled with high octane stunts, brilliant performances and a great sense of style, even if it that style was B-movie action. What this reboot does is try to make everything incredibly dark and gritty in a way that struggles to translate to a film. What makes the new games work so well is that Lara’s action now feels real and like it has consequences, but the film struggles to get you to connect to any part of the world or its inhabitants. There’s a lot of untapped potential in this film and with better direction and focus, something truly great could have been made from these assets. What we’ve been given, though, is another film that’s destined to join the ranks of terrible video game movies.