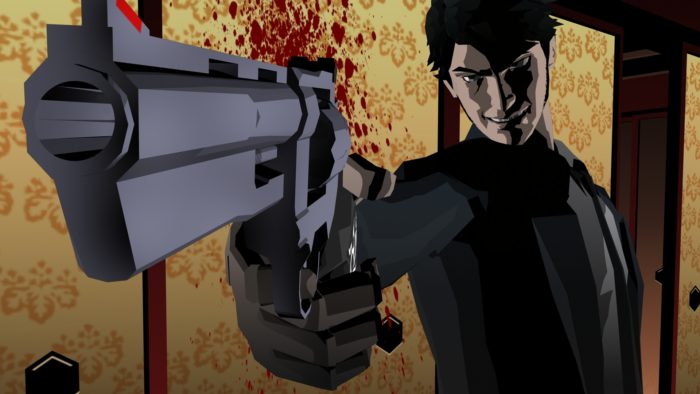 We are in the middle of a retro renaissance fueled by nostalgia. Old games are being remastered and re-released for modern PCs and consoles. Some are critically acclaimed games such as Okami and Bayonetta, while others are cult classics and niche games such as Sphinx and the Cursed Mummy and Star Ocean – The Last Hope. Grasshopper Manufacture’s shooter Killer7 and visual novel Flower, Sun, and Rain will be the latest games to receive the remaster treatment. That is, once the company actually gets around to remastering them.

Killer7 is widely regarded by gamers as Suda51’s magnum opus. The game features highly stylized art and tells a decidedly arthouse story; Killer7 is full of conspiracies, plot twists, humor, and Suda51’s patented style of insanity. The game was one Suda51’s first games published outside of Japan (the other was the similarly-insane and unique, but not as well-received, Michigan: Report from Hell) and is credited for much of the man’s popularity. While it never received a sequel, Killer7 has lived on through the hearts of fans and countless references in subsequent Suda51 games.

Unlike Killer7, Flower, Sun, and Rain is slower and puzzle-oriented, but it still features all hallmarks of Suda51’s signature style of crazy. The game wasn’t as well received as other Suda51 games, but it is nothing if not unique and, unlike Killer7, received a re-release on the Nintendo DS that served as many non-Japanese gamers’ first experience with the game.

So far, Grasshopper Manufacture’s Twitter account has not stated which consoles will receive the remasters. According to the account, Suda51 “knows how hard is to have access to an old game, thus planning a remaster. Just the plan for now,” and that he will do his best to release the remasters “in the next 10 years.” Although, to be fair, the account claims the last time Suda51 promised to remaster a game “in the next 10 years,” the game in question, The Silver Case, popped up on PlayStation 4 and Steam the next year.

While we shouldn’t expect remasters of Killer7 and Flower, Sun and Rain anytime soon, we should expect them eventually. With luck, Suda51 and Grasshopper Manufacture will also try to remaster other old games.