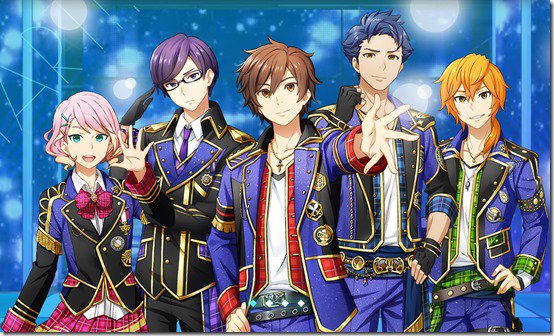 Square Enix recently registered a trademark for Idol Fantasy, and now they’ve officially revealed the property as a new game coming to smartphones. The title is described as a “magical heart-throbbing fantasy x idol training game,” and will feature character designs by Tetsuya Nomura and other artists.

You can view the first trailer for Idol Fantasy down below, and the game looks like it’ll focus on the ins and outs of becoming an idol. We’ll be able to see a number idol work scenes like movies, live show appearances, and TV program filming, among other things. There’s also a fair amount of work put into the choreography apparently, as Square Enix has hired quite a few dances to help nail down the dance numbers in the game. Gen Kobayashi will join Nomura on character design, and they also worked together on the designs for The World Ends With You.

The game will feature a number of different idol units, from the cutesy Sweets Monstar to the more traditional Japanese style Jingi. You can see each of the teams in the trailer.

Idol Fantasy will be available in Japan this Summer for iOS and Android. Right now there’s no word on if we can expect the game to come West, and considering the type of game it is that likelihood of it coming is kind of up in the air.

Would you be interested in playing Square Enix’s Idol Fantasy? Let us know down in the comments.