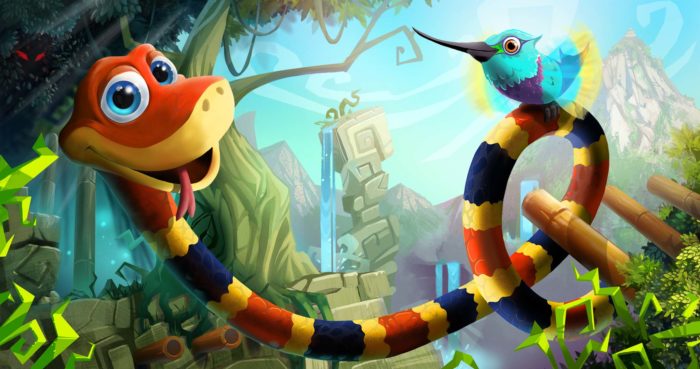 Today marks the one year anniversary for Sumo Digital’s platformer Snake Pass, and they are celebrating with a free update. This update will include the all new Arcade Mode, which will transform Snake Pass into a time-based score attack game. This mode includes all 15 levels from the game, and will unlock after completion of each level. To play it, simply select the Arcade Mode option when selecting levels in the menu. Players will slither, curl, and climb their way through each level, now with new objectives.

The goal is to eat as much fruit as possible and make it to the end of the level before the times runs out. The more fruit eaten, the higher the multiplier will be, which will net player’s a higher score. Arcade mode will also feature global leaderboards, so players can see where they rank among friends to promote friendly competition.

“We could not think of a better way of passing on our thanks to all of our fans, who have played Snake Pass over the last year”, said Seb Liese, creator of Snake Pass.