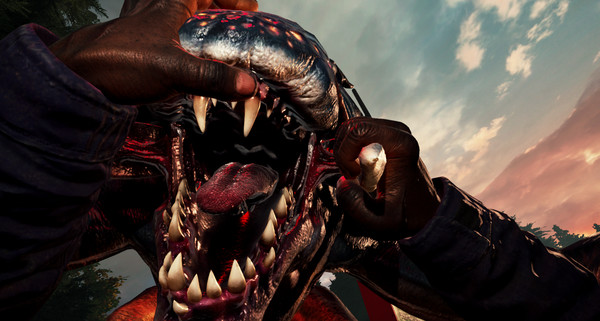 Developer Holospark has announced that four-player cooperative survival FPS Earthfall is coming out of Steam Early Access for a full release on PlayStation 4, Xbox One, and PC. The game finds players banding together to stave off an alien invasion, armed with weapons modern weapons and futuristic armaments as well, because you never know what you’re going to need to take out every single last alien out there.

You’ll work with other players to fortify your defenses, deploy barricades against the hordes of enemy aliens out there, and follow story campaigns that comprise several missions that take place in the Pacific Northwest. Aliens come in various forms, from attacking you with plasma to just being general nuisances, as aliens tend to be. You don’t have to play with real people, though. You can lean on A.I. teammates to pull you through situations or just if you don’t want to play with real folks for a while, they’ll be viable stand-ins.

Earthfall will feature 4K resolution for both Xbox One X and PlayStation 4 Pro and HDR with certain compatible devices. It looks like it could be an interesting twist on the co-op shooter, provided the alien hordes keep shambling on in and the weapons are automatic.