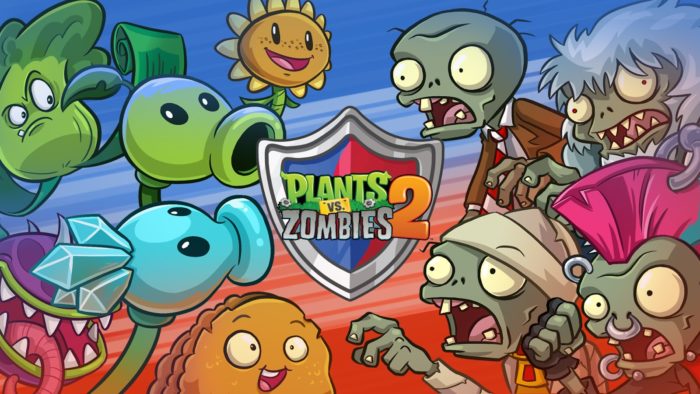 Plants vs. Zombies 2 is getting a new update with a PvP mode called “Battlez,” which lets players take on each other in head-to-head PVP matches. The free update will bring asynchronous matches where waves of zombies must be eliminated faster and more efficiently than your opponent. Points are scored by destroying zombies that are further away, so the more you take out that are further away from you, the better. Basically this means you’ve got to take out the whole crew as fast as you can, with banners on-screen to help you figure out the important point values.

Battlez will also give way to weekly in-game tournaments with in-game prizes and crowns awarded for each win to help determine a battle ranking. If you can accrue a series of wins, you’ll also be given items and rewards as a bonus. Setup is quite simple, as you get a chance to put together defense and attack mechanisms before the zombies start marching by. Timing is everything, and the only zombies that will be eradicated for points are those that you kill yourself, so the lawnmower won’t do you any good here.

You can see some of the new PvP mode Battlez in action in the trailer below, and you can also download Plants vs. Zombies 2 on Android and iOS for free right now.