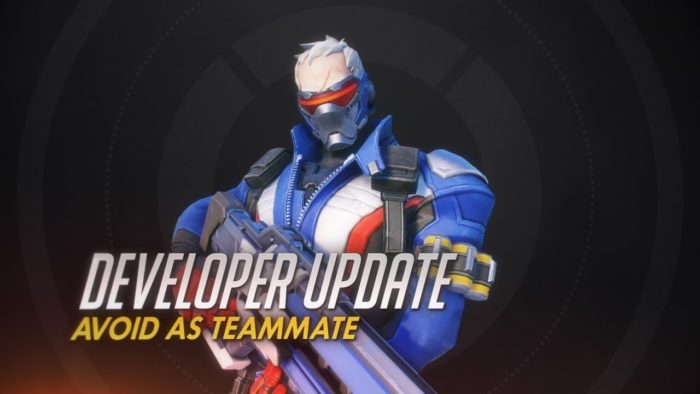 In a developer update today, Overwatch lead designer Jeff Kaplan announced the game would soon feature and “avoid as teammate” feature, similar to its prefer as teammate feature.

This addition to the game will let players choose up to two players at a time to be labeled as players the matchmaking system will refrain from putting on your team in future matches. The players marked to avoid will be kept from being on your team for up to 7 days, or until you replace that player with another.

According to Kaplan, the feature is designed for players when they are “frustrated with a teammate, but its not necessarily a reportable offense.” Its also designed for players who want immediate action against toxic players, so they won’t be matched together in subsequent matches. Kaplan also said this feature will, in some cases, increase matchmaking time for players. Some players, the supposedly toxic players this feature is aimed at, will be notified if they’ve been avoided by many other players as a warning. This means those players will have significantly longer matchmaking times as the matchmaking system tries to find an appropriate team for them. This is meant to allow players who may be toxic, or simply playing in a way which bothers other players, to essentially clean up their act.

This is one of the many ways in which Blizzard has worked to counteract toxicity in Overwatch, including the many anti-toxicity features implemented in the game in January, such as notifying players when they are on the verge of being punished for their behavior, as well as the implementation of the reporting system on console versions of Overwatch. According to Kaplan, those changes alone reduced chat-based toxicity in Overwatch by 17%.

Blizzard’s effort to curb toxicity in Overwatch can only be good for gaming, especially with the many recent reports of toxicity in the Overwatch League. The “avoid as teammate” feature has an immediate effect on players, so it’ll be interesting to see what positive, or maybe negative impact that this addition may have.

For more Overwatch news, check back with Twinfinite.