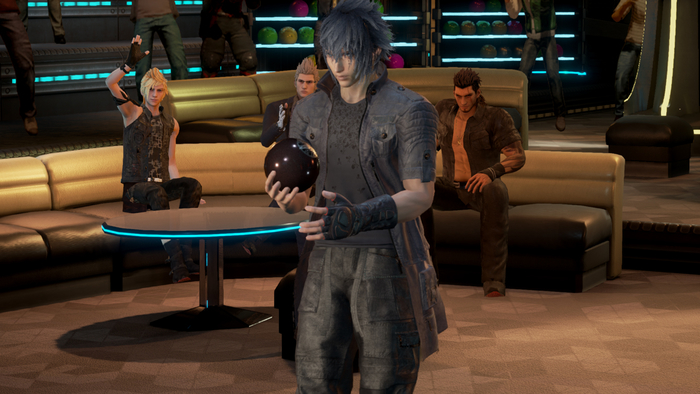 It seems that Square Enix has been pushing the entirety of the universe of Final Fantasy XV into all facets of gaming and pop culture. We have Final Fantasy Cup Noodles, an anime, a feature length film, and even a crossover with the Assassin’s Creed universe; the company will stop at nothing to get Noctis and friends into the spotlight.

We got the news back in November of last year that Noctis Lucis Caelum, star of Final Fantasy XV, would be joining the roster of Tekken 7 via paid downloadable content, but we just didn’t know when the moody prince would appear in the game, until now.

Bandai Namco has confirmed that Noctis will be available for purchase in Tekken 7 next week, on Mar. 20. The DLC pack will not only include the new character, but will come with the exclusive Hammerhead stage, two new songs from Final Fantasy XV (Stand Your Ground and Apocalpysis Noctis Remix), and five different costumes for Noctis. To go along with the Noctis announcement, Bandai Namco has also released a brand new trailer that shows off all of Noctis’ cool moves and costumes, which you can check out below:

Tekken 7 is now available for PS4, Xbox One, and PC, and we here at Twinfinite thought that the game had one of the best stories in the series to date and that the roster was solid as well.