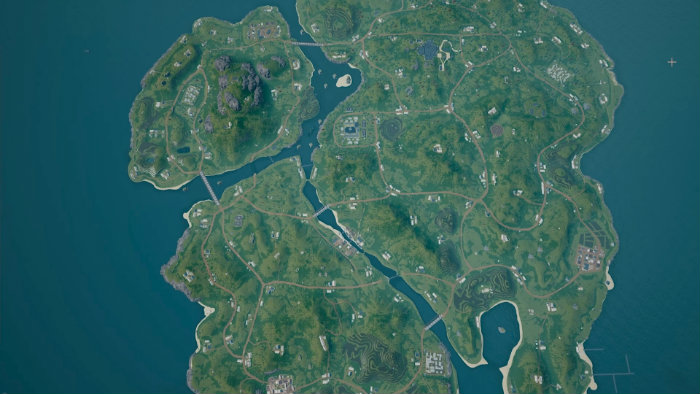 A new, smaller map was revealed at GDC for PUBG by PlayerUnknown himself. This 4x4km map is only a quarter of the size of Erangel and Miramar, the two maps already in the game. However, just because it’s smaller doesn’t mean there’ll be any fewer players. This new tropical-themed map will still pit 100 players in a battle to the death, and it should be more intense than ever.

Today is PUBG’s one-year anniversary (since it entered early access) and in a video today, PUBG Corp. CEO Chang Han Kim confirmed that the new map would enter testing in early April. Additionally, Brendan Greene (PlayerUnknown) tweeted that the map would come to the Experimental Test Servers soon. That means that players likely only have a few weeks before they’ll get to try it out.

The map is described as having a Southeast Asian feel, and you can spot some palm trees and dense forest in the video Greene tweeted. This should provide a good contrast to the Eastern European forests and towns of Erangel and the deserts of Miramar.

With Fortnite: Battle Royale being such a smash hit, it’s good to see that PUBG isn’t giving up without a fight. Hopefully, this competition will end up in players being the winner as Epic Games and PUBG Corp. vie to make the best battle royale game possible.

Forza Horizon 5 Is Heading to Mexico This November