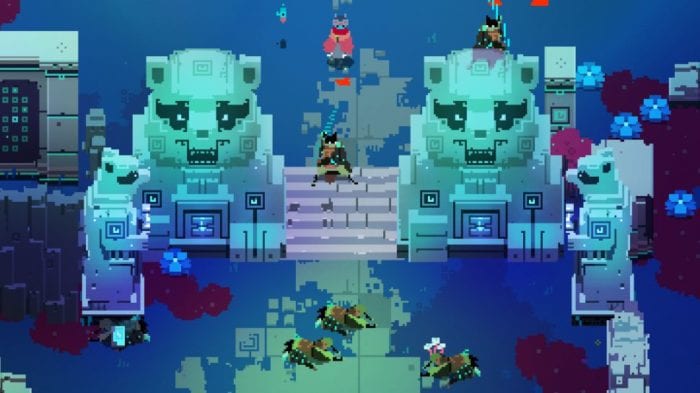 Hyper Light Drifter is finally coming to the Nintendo Switch, at long last. In a collaboration between Abylight Studios and Heart Machine, the game is making its way to the handheld console hybrid this summer as Abylight Studios works with Yoyo Games to make it come to fruition. Once development utilizing the GameMaker engine is finalized, the game will be headed out for release worldwide, so you can enjoy the game on your handheld soon.

The adventure RPG follows 16-bit classics with newer mechanics and more nuanced graphics, as you become a Drifter who collects forgotten knowledge of the past, including tech and the history of an entire people. Your Drifter character must travel into the lands of Buried Time to try and escape the disease he finds himself burdened with. The hand-animated graphics do a great job of getting you into the game, but the real show lies within the difficulty you’ve got to contend with. It’s pretty difficult, especially if you’re not paying enough attention.

Whether this is your first brush with the game or you’re a Hyper Light Drifter maniac, you can try out the game when it debuts on Switch this summer. There’s no concrete release date just yet, but that should be coming soon.