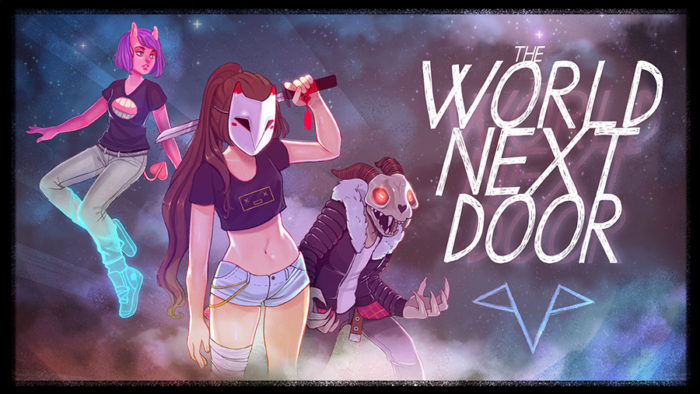 Viz Media is typically known as the publisher of anime and manga with some gaming overtones here and there, most famously The Legend of Zelda, Phoenix Wright and Pokemon, but now the company is looking to add gaming to its portfolio with original releases. In a partnership with indie studio Rose City Games, Viz Media is working to release the upcoming The World Next Door as its first project.

Viz will focus on “original, narrative-driven games” which will start with the title Rose City Games has announced, though the company is looking for various publishers to work with as time wears on, with developers on games “at all stages of production.” The World Next Door is a very cool-looking, colorful and anime-inspired game that looks a lot like some of the properties it already publishes, with some extra flair. There isn’t a trailer or anything just yet, but the key art sure does look evocative.

There isn’t currently a planned release date for the first part of the publishing venture, according to Viz, but it should be sometime in the near future. This is still a very cool deal for both companies, and it’ll be interesting to see who joins the publishing fold next.