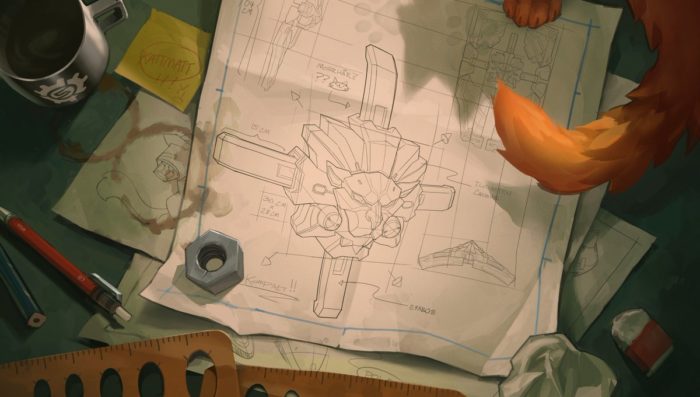 For the last week, Overwatch has been slipping out teases about the upcoming 27th hero coming to the game, or so we believe. The latest tease came out today in the form of a new image with the words “Last minute check! Everyone squared away?” which appears to be giving players a hint at this being one of the final (or the final) hints at what or who the new hero may be.

In tandem with the previous tease, an image of a weapon tagged with notes in Swedish, as well as the last few hints, fans believe that this new hero could potentially be defense hero Torbjörn’s daughter Brigitte. She’s been seen throughout the Overwatch lore a few different times, but we’ve not seen as much about her as we’d like.

“I’ll knock some sense into you!” pic.twitter.com/WIg2xCQZ0h

These last few images do tease something cat-related as well, but it’s the original lore revealed from Blizzard that got everyone thinking about who the new hero might be. Torbjörn’s letter to his wife Ingrid mentioned Brigitte specifically (though not by name) and the fact that Reinhardt would be her godfather, along with being given the right to name her when she was born.

A previously unpublished letter by Torbjörn Lindholm is now available to read in our Lore Update blog.

You can read the full letter via the Lore Update thanks to Blizzard, but fans are still puzzling over what all these clues could lead to. Is the new hero Brigitte, since all the signs seem to point to her, or some sort of cat-related hero coming out of the bag? We’ll have to keep our eyes open as more clues come down the pipeline, as we might be getting acquainted with Hero 27 a lot sooner than we thought.