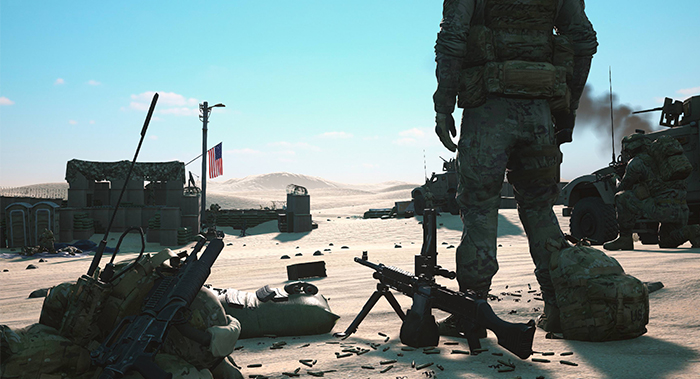 Today is a great day for Military Simulation gamers, because the developers of Squad, an indie shooter currently in Early Access on Steam has announced its V10 update will release today, Feb. 5. The update includes massive content additions, significant balance changes, and a complete reworking of the game’s base mechanics. This update serves to polish the game significantly, while also preparing for future game-changing additions.

Squad, which first released in early access Dec. 2015, is a realistic shooter which aims to simulate real military combat, while still being fun. Players are put into… squads, which are led by a group of squad leaders. The teams then coordinate to win in several of the game’s objective-based gamemodes. The game was first Kickstarted in June of 2015 for almost 435 thousand dollars, and was released later in the year on early access via Steam’s now defunct Greenlight program.

The update, which releases today, Feb 5, adds sweeping changes to how weapons in-game work, including the addition of freelook, modified weapon sway, depth-of-field when aiming, and the long-awaited vaulting system. Besides parkour hype, the update brings tons of new items and vehicles, such as new optics for all guns, some new roles, and bipods for machine guns. Some additions to the game don’t have an intended purpose yet, such as the AA gun emplacements squad leaders can place. These AA guns are intended for the future inclusion of helicopters in the game, which despite not being officially announced yet, have been teased heavily by the devs.

It is important to note that Squad is in the Alpha stage, so the game is littered with bugs. At the moment, bugs in V10 include falling through the floor and out of the map when revived by medics, invincible machine gunners, and improper CPU usage. The V10 Alpha has gone through two public tests now, so its likely the performance in-game with the new update should be different from the tests. To accompany the release the developers have released a trailer.

Squad is available on Steam for PC in Early Access now.